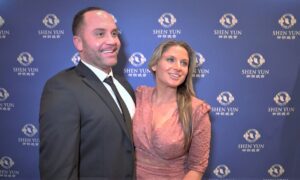 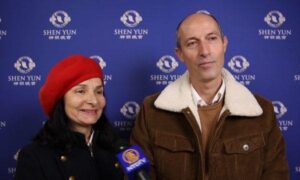 Dancer: Shen Yun Is 'Going to Help Me Recover These Values'
0 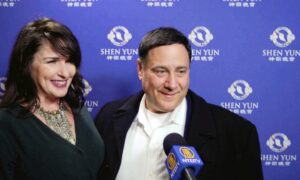 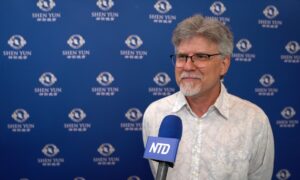 Painter Enthralled With Shen Yun, 'Everything Flows, It's a Full Composition'
0 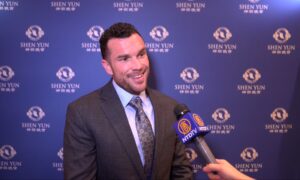 “I thought it was awesome. Really lovely! Really smooth! Lots of colour! Really beautiful!” he said.

Specialising in bridal couture and red carpet gowns, Jason Grech is a name synonymous with pure luxury and his company has become one of Melbourne’s most celebrated couture houses. He has designed gowns for many national and international celebrities, names such as Goldie Hawn, Georgia Love, Samantha Jade, Brit Davis, Katie Brennan, Erin Holland, Tegan Martin, and Michelle Payne. He is about to fulfill one of his dreams by appearing in Italian Vogue and is currently busy designing red carpet gowns for the upcoming Australian Logies. Yet amid his busy schedule, he was not willing to miss experiencing Shen Yun.

Mr. Grech said he loved the visual display, the flow, and the adornments on the costumes and accessories enriching each dance.

“I loved them! The colours! Really awesome detailing as well,” he said.

“The traditional couture of the Shen Yun consumes were beautiful. They were something I would certainly not forget. The colour, the amount of silk in the circle skirts and the detailing—many of it being Swarovski [jewelry and accessory brand] was the stand out for me.

“The couture added drama and an insight to the specific time and place of each dance. Shen Yun took me on an insightful journey across China’s vast terrains and it’s rich history.

“The accessories and head pieces were beautiful and [with] each changing after each dance increased the level of interest. This added more drama to an already dramatic experience. The stage moved very quickly so there was always a high level of interest.”

Each Shen Yun dancer and costume creates an enthralling image on its own, however, with up to 16 dancers on stage at times, the synchronicity of their ever changing formations keeps the audience enthralled.

He said he felt inspired by the visual beauty of Shen Yun.

“The colour and the level of drama in the costumes is inspiring, I would have certainly loved to have a closer look at the costumes and details.”

He said he would recommend that everyone see Shen Yun: “Come and watch it. Listen to the story and be inspired.”