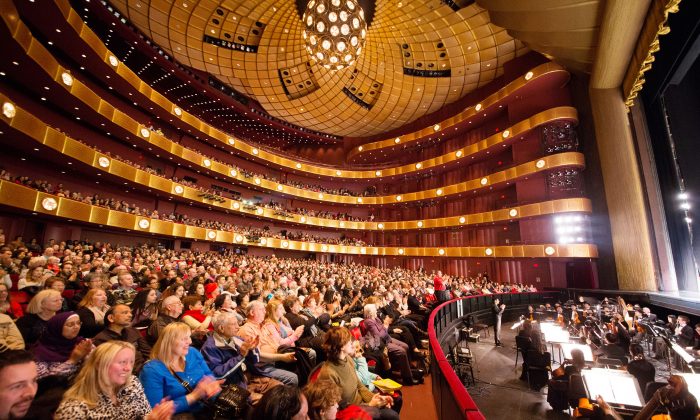 NEW YORK—A Shen Yun Performing Arts performance can be appreciated by professionals in all walks of life. Yet those whose professions give them a unique vantage point into what makes Shen Yun so special, tend to be the ones who appreciate it the most.

Ms. Dell’Orefice saw Shen Yun at New York’s Lincoln Center on March 5 along with Annette Green—founder of Fragrance Foundation and an author—and both were impressed with the performance.

Each and every dancer could have been the solo dancer.
— Carmen Dell'Orefice

“It is outstanding,” declared Ms. Dell’Orefice. “Each and every dancer could have been the solo dancer.

“They work together as one, and each one is as perfect as the person you put up front.”

The dancing she’s referring to is classical Chinese dance–and it’s what Shen Yun is best known for.

According to its website, the dancing is rigorous—with difficult aerial and tumbling techniques like flips, spins, and leaps—but also richly expressive, allowing for storytelling through the dancers’ movements.

The storytelling is paramount to Shen Yun’s performance, because it takes the audience through a journey of 5,000 years of rich Chinese culture—a culture that has been nearly wiped away by the Chinese Communist Party. So, ironically, the only place on earth that you can’t see such a performance is in China itself—where for the last half-century, traditional culture has been mostly eradicated.

The dancing is then accompanied by an orchestra that combines the beauty of Chinese music with the power of a Western orchestra to produce one grand sound. In addition, an animated backdrop to go along with beautiful costumes makes this one amazing display.

“The visualization is quite beautiful,” said Ms. Green. “The colors, the positioning of the dancers – really quite a spectacular experience.”