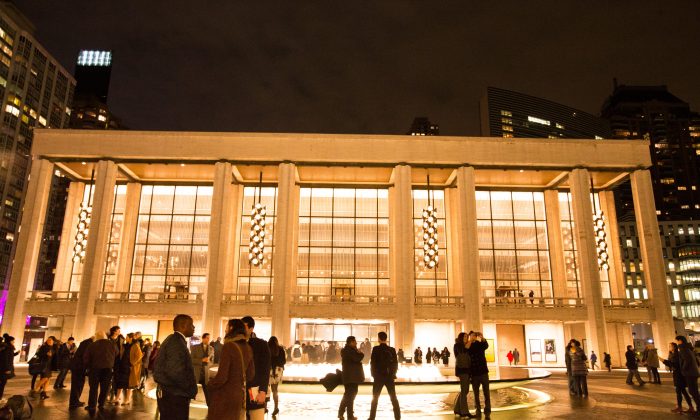 NEW YORK—As classical Chinese dancers twirled, flipped, and flung exquisite silk ribbons at the Lincoln Center on the evening of Jan.14, Cesar Afonseca and his wife watched, enchanted, feeling that this was one of life’s finest moments.

Shen Yun is a New York-based classical Chinese dance and music company. Its mission is to celebrate and revive 5,000 years of traditional Chinese culture. Each dance is accompanied by a blended orchestra comprising of both Eastern and Western instruments. Shen Yun also showcases solo singing and instrumental pieces.

Mr. Afonseca works in cyber security but sings bass and bass —baritone. He particularly enjoyed the baritone and erhu solos.

The erhu, often referred to as a two-stringed Chinese violin, is said to be very expressive conveying a wide range of emotions and at time resembles a human voice.

The erhu solo, played by Qi Xiaochun really touched his heart. “That was really impressive,” he said. “That piece was really nice … that was impressive.”

Mr. Afonseca said he was deeply moved by the substantive singing of Qu Yue, an internationally-acclaimed baritone.

“I like opera and singing,” he said speaking about how difficult it was to sing in bel canto style. “For me, this was new. It was about the Chinese and this vocal technique. That was interesting.”

Shen Yun vocalists sing in Chinese using the genuine bel canto technique, a technique used by the “10 great tenors” of the past.

The website states, “This means that the singer must, while continuing to meet the challenges inherent in bel canto technique, retain proper Chinese pronunciation and diction. Today, these singers’ ability to do this is unparalleled.”

“It touched my emotions. I really liked it,” he said.

Mr. Afonseca said he was also drawn in by the depth and expressiveness of classical Chinese dance.

“We can feel the sadness and the happiness,” he said. “They express this very well.”

His wife, Adriana Afonseca, said she was also awed by the performance.

Mrs. Afonseca was a dancer for many years and was fascinated by the dancers’ ability to maintain a sublime elegance while completing complicated flips, jumps, and tumbling techniques.

“It was something new,” she said. “I have never seen something like this.”

During the Cultural Revolution, a significant part of traditional Chinese culture was destroyed by the Communist regime. The regime does not approve of a performing arts company whose mission is to reclaim that lost culture.

“Such a show cannot be done in China … that really touched me,” he said. “I see the amount of Chinese people around here. You can really feel the energy, the emotion behind it because this is not able to be done there anymore.”