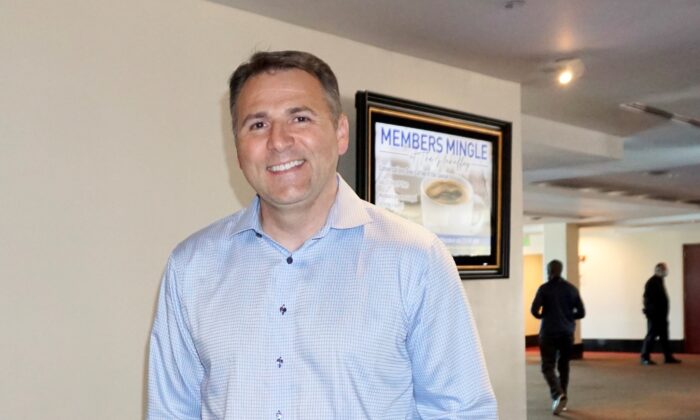 “The energy comes from the performers.”

He saw the Chinese music and classical Chinese dance performance at the Duke Energy Center for the Arts in St. Petersburg, Florida.

Mr. Paxton noted the excellent quality of the music. “The music is exceptionally well done. I used to live in China, and I can hear some of the traditional Chinese instruments mixed with other Western instruments, and it adds to that energy that comes into the audience.”

Shen Yun is based in New York and its mission is to revive China’s 5,000 years of civilization. Through the dynamic dance and music it shares at every performance, Shen Yun tells stories of history, legends, and events from modern times.

Despite its efforts to spread the beauty of Chinese culture, Shen Yun is not able to perform in China today.

Mr. Paxton saw vibrant colors in every aspect of the performance. “I’m just amazed at the contrast of the different colors and the costume design, and it’s beautiful with the lighting; it just flows from the stage into the arena.”

The backdrops added to the power of the stories. “It’s an interesting [way of] infusing the technology with the actual live performance and gives it a different dynamic from other shows.”

Mr. Paxton was referring to the digital backgrounds that seemingly interact with the dancers onstage.

Although he enjoyed the energy and excitement, Mr. Paxton had other feelings during the performance. “At other times, there’s sadness depending on what’s going on in the performance.”

A few of the dances depict stories of faithful people being persecuted in modern-day China.

He summed up the show as “it’s energetic. It’s exciting. It brings different senses, particularly the visual senses, alive.”