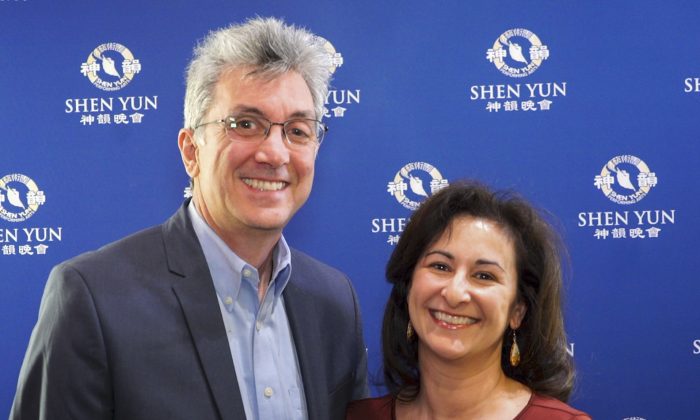 Fee Sepahi and his wife, Cathy, enjoyed a performance by Shen Yun Performing Arts at the Merriam Theater in Philadelphia, Pa., on March 10, 2018. (NTD Television)

“The interaction between the performers and the screens [ditigal backdrop] itself is pretty crisp!”

“[The dancers] are very engaging and intriguing. They are so in sync together and performing perfect timing. it’s just really refreshing.”

“It takes you back to when the times are simpler, as well as more tangible.”

“He [baritone] was fabulous! He was just so engaging even though I couldn’t understand a word he said. I could read it on the screen [digital backdrop] that it was just a really good message. His voice carries very well.”