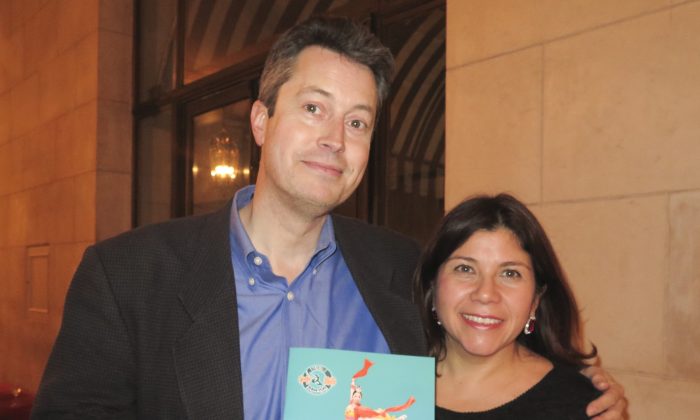 Rex Northern is executive director of Clean Tech Open, which helps companies deliver technologies that will reduce pollution and climate change, he said. He runs the international piece.

He said he thought classical Chinese dance had a “whole extra dimension that we don’t get to see in the West.”

According to the Shen Yun website, “Shen Yun Performing Arts’ dance style is built upon classical Chinese dance as a foundation, while also maintaining a number of ethnic and folk dances. This combination embodies Chinese people’s aestheticism and ethnic character.”

Mr. Northern said he enjoyed the variety of dance in Shen Yun, and how the “traditional dance, ethnic dance … all weave together very nicely.”

The Shen Yun digital backdrop is new to many theatergoers and has the effect of “extending the stage and transporting the audience to a world where heaven and earth are one,” states the Shen Yun website.

Mr. Northern said it surprised him. “The integration worked. It’s a fun thing,” he said. “All tied together and very cleverly done.”

“We learned a little bit about the need for compassion,” Mr. Northern said.

He said the friend who invited him had the character trait described in one of the dances in the performance. “He’s a very compassionate man. So we know a lot about compassion already.”

Shen Yun will leave San Francisco and perform at the Sacramento Community Center Theater on Jan. 13 and 14.

New York-based Shen Yun Performing Arts has four touring companies that perform around the world. Shen Yun’s International Company will continue on to Quebec City for two performances on Jan. 13 and 14. For more information, visit ShenYunPerformingArts.org