‘Everything was equally amazing,’ Says Actor and Artist 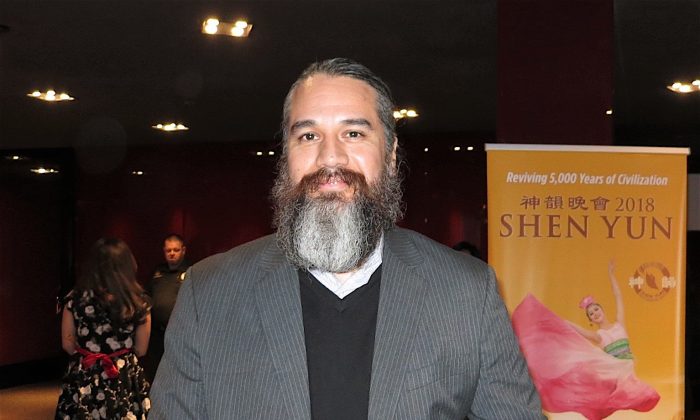 “It didn’t disappoint—the music, the dancing, the singing, everything. I didn’t even know there was going to be singing in it. Everything was amazing: the instruments, the orchestra, everything.”

“All of it—the flips, even the use of props, like the handkerchiefs and all that, the colors, the costumes, everything popped out.”

“I liked the use of the background animations. I really got a kick out of seeing when one of the characters got pushed into the water, or when they were flying, so I liked that combination, the way they synchronize that. That was pretty cool. That was one of my favorite things.”

“I think everything was put together well, and I really enjoyed it. I would come back to see it the following year.”

“To me, everything was equally amazing. There’s just so much talent there that I never really took my eyes off of the stage. And also, the orchestra and the music, the way they combined everything.”

“I really like the one where they use the chopsticks. Because of the acoustics and everything, you could really hear everything that’s going on onstage, so that one really stood out to me. I really liked that one.”

“[The solo song] was really powerful. You could really feel it. … I was just trying to close my eyes and listen to the music. It was different than anything I’ve ever heard before, that’s for sure, the melody and the singing. So it was pretty nice.”

“I don’t think I could explain it in words. … It’s definitely worth coming to see.”