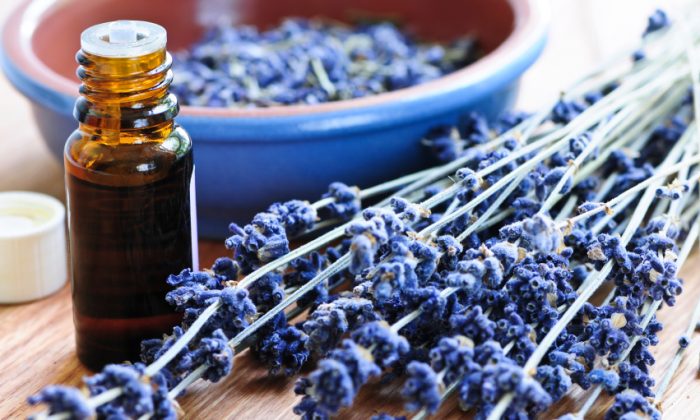 Essential oils are fascinating for their ability to change mood through scent. But they do much more than just relieve depression and anxiety. Some also treat pain.

Before reaching for aspirin, ibuprofen, Tylenol, or some prescription muscle relaxer, consider essential oils first. They can be very effective—addressing pain right at the source—and are without the side effects associated with painkiller drugs: liver damage, nausea, and increased risk for heart attack and stroke.

For pain, essential oils are applied directly to the painful area and massaged in. Experts insist on diluting essential oils in a carrier oil (such as jojoba, coconut, or almond). Remember: a little goes a long way. Consult a qualified herbalist or aromatherapist for best results.

Essential oils can be used for various kinds of pain. A study in the October 2014 edition of the Journal of Complementary Medicine found that a cream with a 3 percent concentration of essential oils showed “significant improvement” for neck pain. Another study from Iran’s Babol University of Medical Sciences found that thyme oil reduces menstrual pain better than ibuprofen.

A number of pain-relieving oils come from the mint family. You can identify mint related plants by their square stems, and aromatic leaves that are traditionally used to season food. Some pain relieving mint relatives include basil, thyme, and marjoram.

Peppermint is a popular addition to commercial pain ointments and muscle rubs. It has a familiar scent (cool and refreshing), and when applied topically has a simultaneous hot-and-cold sensation. Peppermint is easy to grow and its leaves are rich in essential oils, which make it one of the lowest priced oils available.

Like other mints, peppermint is good for headaches, inflamed joints, and general muscle aches, but many prefer it for mouth pain such as tooth aches and cold sores. Add a drop to a cup of warm water and swish, but don’t swallow.

Rosemary is an energizing oil, though not as stimulating as peppermint. Rosemary is approved by Germany’s Commission E to treat muscle pain, arthritis, and stimulate circulation, but it is especially suited to the head. Rosemary is a scent often associated with memory, and studies show that it can improve brain function. Some use the oil to stimulate hair growth.

When it comes to pain, consider rosemary for both tension headaches and migraines. Use preventively for best results.

Like peppermint, rosemary encourages mental alertness. Its savory, evergreen, slightly medicinal scent has become a popular ingredient in many skin and hair care products. The name of this Mediterranean native comes from the Latin “ros marinus” meaning “rose of the sea.”

Lavender
Another mint from the Mediterranean, lavender is the gentlest of this family. Where peppermint and rosemary are stimulating, lavender calms. It is good for headaches, muscle spasm, menstrual cramps, burns, cuts, scrapes, as well as postoperative pain.

Lavender oil can be applied topically, but you can also get pain relief from the smell alone. In a triple blind, randomized placebo-controlled trial, 60 pregnant women were evaluated for pain following a cesarean section. Published online in the journal of Anesthesiology and Pain Medicine in July 2013, the study found that the women who sniffed lavender showed a “significant decrease” in postoperative pain compared with the placebo group.

The sleepy scent of lavender is used to reduce stress, ease tension, and encourage relaxation. Consider this sedating oil when pain accompanies nervousness and anxiety.

Whereas most mints concentrate their oils in their leaves, lavender’s power comes from its flower. As a result, lavender oil is pricier than other mints. If you’re on a budget, consider the cheaper hybrid, spike lavender. Some prefer spike for pain because it is better at improving circulation. However, spike lacks the calming qualities of true lavender. The mid-grade, lavandin, combines the characteristics of spike and true lavender.

Some trees emit a thick, fragrant ooze called resin. For the tree, resin serves as a built-in wound healer—damage its bark and resin fills in the cut. For ancient people, resin served many important functions, such as incense, medicine, and an embalming medium.

Frankincense and Myrrh
Frankincense is the resin of the Boswellia tree, and myrrh comes from the Commiphora tree. These resins were highly valued throughout the ancient world, and their scents have long been used for ritual, meditation, and pain relief.

In traditional Chinese medicine, frankincense and myrrh were used in herbal formulas for their ability to break up stagnant blood, remove toxins, and heal wounds. Ancient doctors chose myrrh for more serious blood stagnation, such as swelling, fracture, and tumors. They preferred frankincense for moving qi and relaxing muscles.

Both oils are good to apply topically for trauma or arthritis, as well as for general muscle pain, hemorrhoids, postoperative pain, dry, cracked skin, and fading old scar tissue.

Due to the higher cost of these essential oils, frankincense and myrrh are often sold in smaller bottles or come already diluted in a carrier oil.

Camphor
Compared to frankincense and myrrh, camphor oil is dirt cheap. Camphor is a resin found in many pain-relieving balms and ointments. It has a strong, cool, mentholated smell that is very stimulating (moves the blood), but also sedating (relaxes the muscles). It is good for all types of muscle pain and inflammation and is a great choice for nerve pain. This anesthetic oil temporarily numbs the area of application. It has a slightly narcotic effect and can be addictive.

Ginger oil is good for arthritis and for painful conditions caused by cold.

Rhizomes are pungent underground stems. In traditional Asian medicine, rhizomes have a reputation for relieving pain. Examples include corydalis, gastrodia, and galangal.

Ginger is probably the best-known rhizome. The essential oil is traditionally added to massage oil, especially in cases of arthritis and painful conditions caused by cold. Ginger is a warm, stimulating oil that increases circulation. It smells like powdered ginger with pepper and bitterness. When applied topically to tense muscles, it is one of the more effective oils at melting away pain.

Researchers point to zingibain—an enzyme in ginger, which also serves as a powerful meat tenderizer—for the rhizome’s anti-inflammatory effect. Ginger oil is good for muscle pain throughout the body, but many favor it for low back, knee, and abdominal pain

Turmeric is a relative of ginger that has attracted a lot of attention in recent years for demonstrating anti-inflammatory performance that rivals most drugs. This peppery-scented oil has very similar properties to ginger oil, but is not as hot. Be careful—turmeric oil can stain clothing.

Other Oils for Pain

Not every pain-relieving oil fits into the categories mentioned above. Other favorites include wintergreen, clove, and eucalyptus.