Entrepreneur Sees Shen Yun for Third Time: ‘It’s All About the Good in Man’ 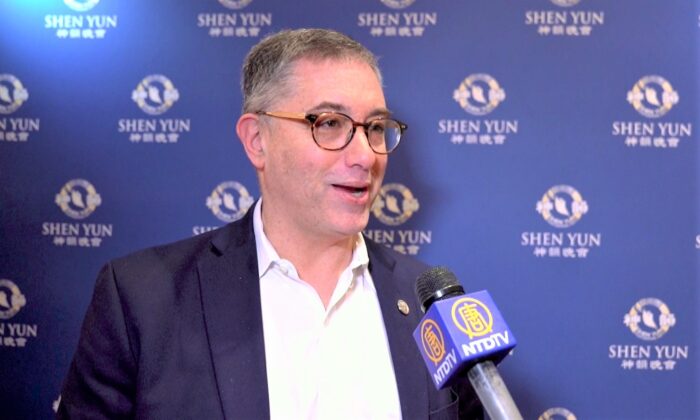 PHILADELPHIA—Marc Kramer is a fan of Shen Yun Performing Arts—for Kramer, it is a performance that uplifts, inspires, and reminds us of the good in humanity. It’s why he’s caught a performance every season for the last three years.

“I find it almost like meditation that it’s very relaxing, and I found that its a great break from your day just to the music, the dancing everything! Makes you feel more uplifted!” said Kramer at the Merriam Theater in Philadelphia on Feb. 27, 2020.

Kramer is a serial entrepreneur, founder of the country’s first organized angel investor network, and says his day to day can be both busy and stressful. But great art can rejuvenate our spirits, and that’s what he found in Shen Yun‘s performance.

“I found that this was de-stressing my whole week,” he added. “I found that it was great, I mean I really enjoyed it. And you know, that’s why I come back every year; that’s because, for a couple of hours, you get to really decompress.”

New York-based Shen Yun’s mission is to revive traditional Chinese culture through music and dance. It’s a culture said to be divinely inspired, steeped in tradition and principles like integrity, honesty, and kindness, and for audience members, this comes through in the history, stories, and scenes told through dance.

“I love the Chinese culture,” Kramer said, adding it is one of the richest cultures in the world. “I think the dance is beautiful, the costumes are beautiful, you kind of feel like you’re transported to a different time.”