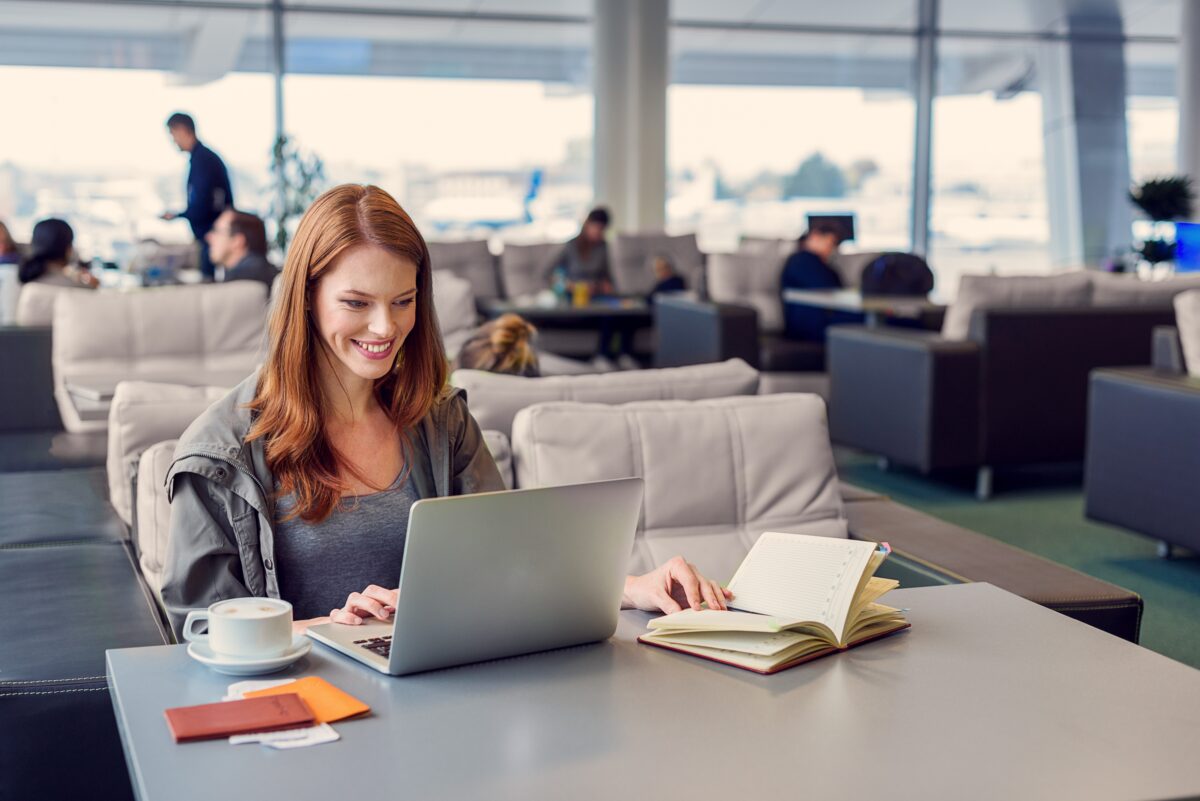 Airport lounges can be a comfortable retreat from the bustle of big airports. (Olena Yakobchuk/Shutterstock)
Travel

Plaza Premium is selling a new Americas Pass that offers two visits to a set of airport lounges in North and South America during a year for $59. This pass joins the Global 2-visit pass for $75 and four-visit pass for $150. Participating lounges in the Americas are located at Dallas-Ft. Worth, Newark, San Francisco, Washington Dulles, Edmonton, Toronto, and Winnipeg in Canada, six airports in Colombia, plus Cancun and San Salvador; the global option operates worldwide, as the name suggests. The American Pass entitles you to two single-person visits of up to three hours; a promotion through April 17 allows kids to enter free when accompanied by an adult. You can buy a pass online at plazapremiumlounge.com or through the Smart Traveller reward promotion system. Use it as a card or an app.

Plaza Premium runs a growing worldwide chain of its own lounges as well as some that it operates under contract for Air France, Avianca, and Virgin Atlantic. The new pass is an obvious way of generating additional valuable revenue at very little cost.

Anyone who has followed my columns knows that I’m a big fan of airport lounges and their ability to tame the usual hostile environment of big airports. The Americas Pass adds a new niche player to the list of ways you can do this at moderate cost.

The optimum lounge pass options depend on exactly what sort of traveler you are. For folks who travel a lot, the best choices narrow down to three:

• If you frequently travel worldwide but fly mainly on American, Delta, or United, membership in that line’s own program is your best bet. Oddly enough, getting the line’s co-branded premium credit card, with annual fees of $450 to $550, usually costs less than straight lounge club program membership; the cards also offer other useful benefits.

• As a corollary, you’ll get the best use of a program with a lounge in your home airport or the nearby hub through which you typically connect—ideally, that’s also the line you fly the most. After all, half of your trips will use that airport.

• If you fly a lot on a bunch of airlines, or fly on airlines without their own lounges, the American Express Platinum card is generally recognized as offering the widest lounge selection. That selection includes AmEx’s own Centurion Clubs, the 1,300-plus lounge Priority Pass program, and a handful of other independent lounge chains, as well as Delta club access when you fly Delta. For many, other benefits compensate for the card’s stiff $695 annual fee. Several other less expensive premium cards include Priority Pass, but offer fewer lounge locations than AmEx Platinum.

The America Pass falls into the category of useful options for folks who don’t travel often enough to warrant a big annual fee for lounge access. Its average fee of $29.50 per visit is less than most programs charge for one-time access. But the current list of U.S. locations is fairly small. And it isn’t the only game for occasional travelers. Other suggestions:

• LoungeBuddy is an independent website that arranges one-time access to multiple airline lounge chain locations. Fees start at $25 per visit. The American Express Green Card, at $150 per year, includes a $100 credit with LoungeBuddy.

• The UNCFU Elite Visa card, with a $50 annual fee, includes up to five free visits to Priority Pass lounges.

• Capital One has started to develop a lounge chain, and holders of Venture and Spark Miles cards enjoy two complimentary visits each year. So far, the chain has only three lounges, but you can expect more in coming months. Chase Bank is also developing a lounge network, but so far I can’t see any low-cost options for infrequent travelers.

The take-away line: Lounge entry is getting easier every year. And it’s one of travel’s better reasonably priced extravagances.