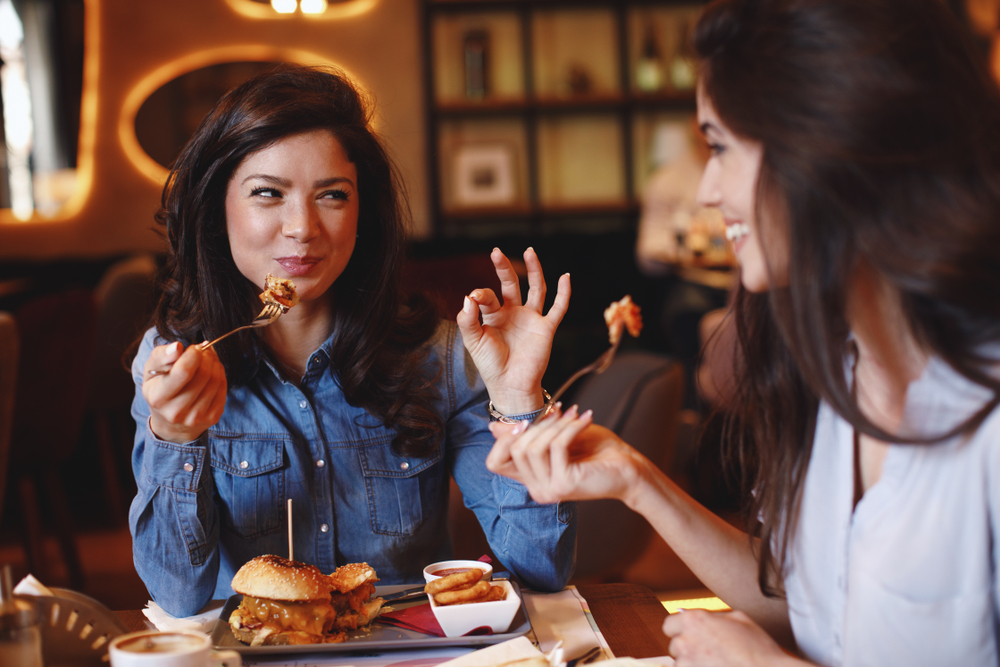 Eating overly salty foods and consuming too much salt can cause high blood pressure, cardiovascular diseases, diabetes, cancers, and many other diseases in the long run. Fortunately, some “salt-removing foods” can help reduce this burden on our body.

It’s not that salt isn’t good or necessary for our health. People often recommend cutting salty or overly salty foods from the diet—but, in fact, it’s important to have some salt in our diets.

The main component of salt is sodium chloride, which consists of 40 percent sodium and 60 percent chlorine. Sodium is essential to the normal functioning of the human body. It maintains normal osmotic pressure, and regulates the body’s pH value, nerve transmission, and muscle contraction and relaxation, and maintains the heartbeat rhythm.

The salty taste of human sweat and tears is related to sodium. When people exercise vigorously, sodium will be excreted in large quantities with sweat, which will cause cramps and other symptoms, if sodium is not replenished immediately.

Therefore, the body needs a supplement of an appropriate amount of sodium every day to maintain its proper functioning. The current recommended daily intake of sodium for adults is 2,300 mg, which is less than 6 grams of salt.

However, people often consume excessive amounts of salt. Over the long term, the risk of death also increases as a result. The CDC’s Division for Heart Disease and Stroke Prevention once published a large-scale study that followed 12,267 American adults for 15 years. The study discovered that those with the highest sodium intake had a 20 percent higher all-cause mortality rate than those with the lowest sodium intake.

When you eat too much salt, there is one nutrient that can help flush it out of your body: potassium. The best salt-removing foods are high-potassium foods.

Cynthia Chen pointed out that supplementing a large amount of potassium can lower blood pressure and prevent cardiovascular diseases. Potassium can also help the body excrete sodium to maintain the balance of sodium and potassium in the body and reduce the negative effects of high sodium intake.

In a study published in the Journal of Cardiovascular Pharmacology, 23 patients with hypertension were divided into two groups, and were given potassium tablets and placebo for one month without changing their dietary intake of sodium or potassium. As it turned out, the average blood pressure in the potassium supplementation group decreased by 4 percent compared to the placebo group.

The researchers also gave 12 hypertensive patients with fixed sodium and potassium intakes potassium tablets for 12 consecutive days. They then discovered that potassium supplementation resulted in immediate sodium excretion, with an average sodium excretion of 110 millimole (mmol) per patient.

The human body needs much more potassium than sodium every day, but people usually do not get enough potassium. A large study at Harvard University found that increased potassium intake and decreased sodium intake were associated with a lower risk of cardiovascular disease. The study noted that an increase in urinary potassium excretion of 1,000 mg per day (implying an increase in potassium intake) was associated with an 18 percent reduction in the risk of cardiovascular disease.

The following are salt-removing foods with high potassium content:

However, when cooking high-potassium vegetables, some potassium will be lost. Be aware not to add too much seasoning, especially processed seasoning agents, when cooking. Cynthia Chen suggests using heavily-scented ingredients or spices such as green onions, ginger, garlic, chili peppers, peppers, rosemary, cilantro, tomatoes, lemons, star anises, and other natural spices to reduce the amount of processed seasoning generally used in cooking.

Another way to replenish potassium is to make green smoothies from high-potassium vegetables and fruits to avoid potassium loss during cooking. In these, the proportion of vegetables in a green smoothie should be higher than that of fruits.

When eating fruits, snacks and drinks with high potassium content, it is important to pay attention to the amount of intake and avoid eating too much sugar and fats.

According to Taiwan-based dietitian Cynthia Chen, the main effects of excessive salt intake are high blood pressure and increased risk of cardiovascular disease.

Excess sodium is excreted by the kidneys, and excessive salt intake will increase the burden on the kidneys. If the kidneys cannot excrete enough sodium, it will accumulate in the body. At this time, the body must absorb a large amount of water to maintain its osmotic pressure balance, which increases the total blood volume, causing the blood pressure to rise and increasing the burden on the heart.

If the blood circulation system remains in such a condition for a long time, the blood vessels will become hardened, leading to hypertension, heart disease, stroke, and even heart failure.

In addition to high blood pressure, consuming too much salt can directly damage the kidneys, including the inducement of proteinuria and reduced glomerular filtration rate.

According to Cynthia Chen, excessive sodium intake over a long period of time will affect the secretion of insulin, which will lead to diabetes.

In fact, a high-salt diet has been found to be associated with metabolic diseases, such as obesity, insulin resistance, and non-alcoholic fatty liver disease.

A high-salt diet is not only harmful to the heart and kidneys, but also detrimental to your bones.

When the sodium level in the body is excessively high, the urinary excretion of calcium will also increase. In order to maintain the calcium concentration in the blood, the body will automatically leach calcium from the bones into the blood, which will cause osteoporosis in the long run.

A South Korean study discovered that urinary sodium excretion is negatively correlated with bone health, and that women are most likely to be affected by a high-salt diet.

A study published in the American Journal of Clinical Nutrition on menopausal women showed that reducing urinary sodium excretion could reduce bone loss.

According to the World Cancer Research Fund (WCRF) International, excessive salt intake is associated with an increase in gastric cancer. For instance, the more people eat foods such as salt-cured meat and fish and salted vegetables, the greater their chance of developing stomach cancer.

An important, and healthy, way to reduce sodium intake in your diet is to eat less processed foods.

A survey conducted in the United States found that most of the salt people consume comes from commercially processed foods, not from salt added during cooking at home.

To avoid accidentally consuming processed foods with high sodium content, you can pay attention to the nutrition label on the packaging. According to Cynthia Chen, foods with sodium content greater than 600 mg per 100 g or 100 ml are considered high-sodium foods.

Chen said the sodium in some foods comes mainly from their sauces or dips, such as ketchup, dipping sauces, and salad dressings. For salads that taste refreshing, the sodium content of the salad dressing can still be very high. So even if it is a vinaigrette, you should still pay attention to the amount you consume.