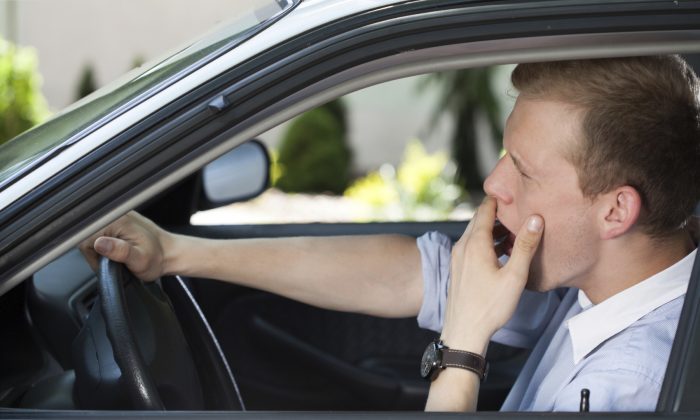 Frequent yawning is one sign that you may be too sleepy to drive. (KatarzynaBialasiewicz/iStock)
Health

How much sleep do you need to drive safely?
By Conan Milner

Sleep is a biological necessity. Experts say we need between eight and nine hours a night for optimal health, yet polls show most Americans get fewer than seven, and many get even less.

Over time, chronic sleep loss can take a toll on our health, but behind the wheel the consequences of sleep deprivation can be immediate.

Several studies show that, just like drinking alcohol, sleep loss can be inebriating. And when sleep deprivation is combined with alcohol, pharmaceutical or recreational drugs, or texting, the effect is made even worse.

For drivers, the consequences of a lack of sleep can range from impaired reaction time to a total lack of attention to the task at hand. According to one research study, an estimated one in 25 people (aged 18 or older) reported having fallen asleep while driving in the previous 30 days. Those who usually slept six hours or fewer per night were more likely to report falling asleep at the wheel.

A conservative estimate from the National Highway Traffic Safety Administration (NHTSA) found that drowsy driving was responsible for 72,000 crashes, 44,000 injuries, and 800 deaths in 2013. Given that often drowsy driving incidents go unreported, NHTSA estimates that sleep deprived drivers may actually contribute to more than 6,000 fatal crashes each year.

In an attempt to address the problem, several states are crafting laws designed to curtail the dangers posed by drowsy drivers. The challenge is determining how much sleep a driver needs to ensure safety.

For example, in New Jersey—one of only a handful of states with a drowsy driver law already on the books—a driver that has been without sleep for 24 hours is considered to be driving recklessly, in the same class as an intoxicated driver. However, this would mean that someone trying to get by on a ten minute nap would still be considered a safe driver under the law.

A major step toward tackling this challenge came from the National Sleep Foundation (NSF)—a science based sleep education non-profit based in Washington D.C. On Nov. 6, a consensus statement from an NSF led expert panel consisting of scientists from multiple disciplines concluded that, based on the available research, “drivers who have slept for two hours or less in the preceding 24 hours are not fit to operate a motor vehicle.”

According to sleep expert Dr. Max Hirshkowitz, a professor at Baylor College of Medicine and NSF board chairman, this doesn’t mean that anything over two hours of sleep is enough to make a safe driver. But it does put policy makers closer to an appropriate number.

“Now that we’ve put a flag in the ground—two hours—people will start researching that and look at two vs. three vs. four, so we will get more precision,” Hirshkowitz said. “But if you don’t put the flag somewhere then it’s always going to be no sleep vs. adequate sleep and the experiment is going to show that no sleep is worse. Duh! That’s not the information we need at this point. We need the precision. We need to know where to draw the line and know where more research is needed.”

NSF’s goal is to determine a per se law for sleep. Compare this to the per se law that most states have for determining alcohol inebriation: if blood alcohol level measures .08 or higher, the driver is considered intoxicated.

However, once science defines the number of hours that identifies an unsafe driver, how will law enforcement make their determinations? There is no breathalyzer for sleep like there is for alcohol and police are often not trained to identify the signs of a drowsy driver.

The prosecution process may take some detective work, such as looking at cell phone records, pedometers, or other information to determine sleep-wake patterns of a potential drowsy driver. Hirschkowitz mentioned a recent case where a driver bragged about playing endless hours of video games on Facebook following his involvement in a vehicular homicide. His online admission of a lack of sleep led to his arrest.

As the kinks get worked out for a workable law, responsible drivers should be aware of the limitations caused by sleep loss. According to the Center for Disease Control, those who regularly don’t get enough sleep, those with sleep disorders, and commercial drivers or night shift workers, are at greatest risk of drowsy driving.

If you find yourself yawning or blinking frequently, if you miss your exit, keep hitting the rumble strips, or can’t remember the last few miles, the CDC recommends that you pull over to rest or change drivers.

What Caffeine Won’t Do

Turning on the radio, opening a window, or consuming caffeine can help overcome drowsiness temporarily, but their reviving power is limited. Hirschkowitz says the problem is that drivers rely too much on these strategies to get them through their trip.

The Yin and Yang of Sleep

“A caffeinated beverage or some other form of stimulant is going to promote wakefulness for a certain amount of time, but it’s not a remedy for not having enough sleep. It buys you a little bit of time. The problem is people are over reliant on it and they think that it’s going to get them through really difficult situations. Those are the people who wind up having accidents because they pushed the envelope too far.”

Like drunk drivers, drowsy drivers typically overestimate their ability to function on the road. Hirschkowitz recommends that before sleepy people get behind the wheel they should imagine how they would feel if they were a passenger about to get in the car with a driver who is in the same sleep deprived state that they’re in.

“Are you going to take that risk? A lot of people at that point say no, because they’re not in control anymore. It’s not a foolproof thing, but at least it gets you thinking along that avenue,” Hirchkowitz said.