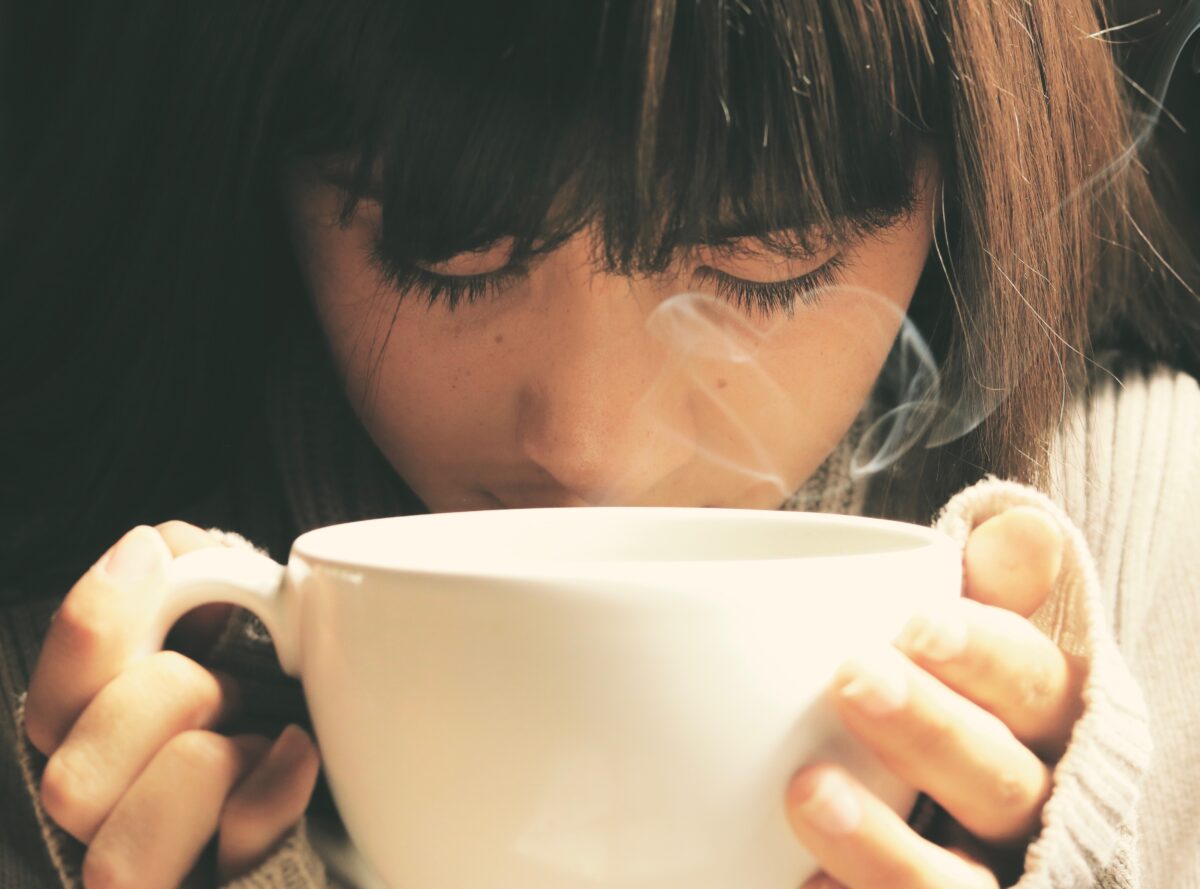 Drink This Every Morning to Boost Your Immunity (+Recipe)

Yumi Ishihara is a famous Japanese naturopathy doctor. He’s over 60 years old, but he still sees patients and writes daily and gives over 100 lectures yearly. He’s shared his secret to a life full energy and good health in his book. Specifically, drinking a cup of black tea with dark brown sugar and ginger in the morning is his daily routine.

Dr. Ishihara is used to fasting in the morning and replacing breakfast with a cup of black tea with dark brown sugar and ginger.

He has noticed that modern people have decreased body temperature, slow metabolism, and weak immunity, which creating conditions that make them prone to diseases such as cancer and metabolic syndrome. Drinking this kind of black tea in the morning can warm the body, activate the internal organs, and promote excretion. In this way, the body can become younger.

Why drink it in the morning? Dr. Ishihara pointed out that when people get up in the morning, their morning breath smells the worst, and there is a lot of eye mucus. Furthermore, the color of the first morning urine is the darkest. These all mean that this is the time of the day to excrete waste from the body. At this time, if you eat too much food, the blood will be concentrated in the stomach and intestines, which will affect the activity of the excretory organs.

Therefore, Dr. Ishihara believes that drinking a cup of black tea with dark brown sugar and ginger in the morning can supplement sugar as a source of calories without burdening the stomach and reducing the excretion effect.

Dr. Jonathan Liu, a professor of traditional Chinese medicine at a Canadian public college, pointed out that the benefits of drinking black tea with dark brown sugar and ginger are due to its ingredients’ effect in dispelling “coldness,” as it’s called in traditional Chinese medicine, and promoting excretion of whatever waste or excessive factors that need to be excreted. Ginger has the effect of warming the stomach and promoting gastrointestinal motility, while the combination of ginger and dark brown sugar can expel coldness by making the body to sweat slightly.

Professor Liu explained that the spleen and stomach systems are prone to coldness, especially after reaching middle age, as the digestive function continues to decline, including the peristalsis of the stomach. After a night of sleep, the gastrointestinal motility is relatively slow when people wake up, and some people are prone to constipation and flatulence. Therefore, drinking a cup of black tea with dark brown sugar and ginger in the morning can improve these discomforts.

If the constipation is caused by slow gastrointestinal motility, you can use honey instead of dark brown sugar, because honey has a laxative effect.

The ingredients and the recipe are quite simple:

Ingredients for 1 cup: Around 10g of ginger (about the size of your thumb), 1 cup of black tea, and some dark brown sugar (molasses and dark honey are both good substitutes).

Method: Grate the ginger. Add 1 to 2 teaspoons of ginger juice to the hot black tea, some dark brown sugar to taste, and stir well to mix.

The many benefits of individual ingredients:

According to traditional Chinese medicine, ingredients can be divided into cold, warm ,and neutral.

Dr. Wan-Yu Tsai, attending physician at Paradise Traditional Chinese Medicine Clinic, said that dark brown sugar can warm the body and have some effect in nourishing blood and qi.

From a nutritional point of view, dark brown sugar is rich in potassium, calcium, and magnesium. Dietitian Tzu-Yun Chien said that these minerals help relax the nerves. Therefore, dark brown sugar water also has a soothing effect on the female body during the menstrual period.

Dark brown sugar has also been found to have multiple health effects.

According to a 2012 review, non-centrifugal sugar (NCS), also known as unrefined sugar, including dark brown sugar, has been confirmed with multiple health effects by 46 academic publications, with immunological effects (26 percent) as the most frequently mentioned benefit.

Ginger can also be used in a dish or as a medicinal herb, as it can be seen in many traditional Chinese prescriptions. Traditional Chinese medicine believes that most vegetables are cold and cool, and adding some warm ginger can neutralize their coldness.

Dr. Tsai said that ginger has the effect of dissipating coldness in the body and warming the stomach. Cold drinks lead to stomach coldness, whereas ginger helps warm the stomach.

She added that in black tea with dark brown sugar and ginger, the dark brown sugar is akin to mud that sinks into water; it’s difficult for the nutrients of this dense material to spread throughout the body, but ginger provides the diffusing ability needed to do so.

Chien pointed out that ginger can promote circulation, which is beneficial to the body’s immunity and metabolism. Ginger also contains gingerol, which can inhibit tumors and help prevent cancer.

In addition, ginger can also help lose weight. A study found that ginger consumption enhances the thermic effect of food, reduces feelings of hunger, and promotes feelings of satiety. Another study found ginger capable of preventing obesity through regulation of energy metabolism.

Black tea is a type of fully fermented tea. It is also a warm ingredient and has the function of warming the stomach. Tsai said that this is also the reason people feel that their stomachs are “relaxed” after drinking black tea. Also, black tea has a bit of astringency, which can remove dampness from the gastrointestinal tract.

Research has found that black tea contains multiple antioxidants. A 2019 review on the International Journal of Health Sciences listed the following benefits of black tea:

● The inclusion of black tea in the diet reduces low-density lipoprotein cholesterol in hypercholesterolemic humans, and improves the cholesterol levels in obese people.

● Regular and daily consumption of black tea can improve blood pressure and reduce the risk of cardiovascular diseases, such as stroke and heart disease.

Most people can just drink this type of black tea for breakfast. If you’d like to eat some food with the tea, eating bread alone is not recommended, as the sugar content will be too high. Protein or fiber-rich foods would be the best, such as a hard-boiled egg and a small serving of vegetables.

Some people should drink this tea with caution.

1. Gallstone patients who should not be fasting

Chien pointed out that consuming only this tea for breakfast is somewhat similar to the 16/8 intermittent fasting, which is not suitable for patients with gallstones.

The bile secreted by the liver will be stored in the gallbladder and enter the intestines in time to break down the fat in the food. If a patient with gallstones fasts for a long time, the continuously secreted bile cannot be used, and it can easily cause problems such as cholestasis and gallstones.

These people need to pair the drinks with other foods, and it is not recommended to only drink the tea.

Diabetics, both type 1 and type 2, generally should not have sugary beverages. Chien said that if diabetic patients want to try it, it is best to eat some protein or vegetables first to prevent blood sugar from rising too fast. The dark brown sugar should be limited to 15 grams or less a cup.

3. People with hot and dry constitution

Tsai pointed out that people with a hot and dry constitution will feel uncomfortable drinking this tea for breakfast, and she would not recommend this drink to them. In particular, it’s not a matter of just reducing the amount of ginger.

There are 2 major characteristics of a hot constitution:

● Having a flushed face, the body often feels very hot, prone to constipation.

● Prone to dry mouth and thirst, a red tongue with dry and yellowish tongue coating.

Professor Liu also said that usually young people have a hot constitution. When people eat too much high-calorie food in a short period of time, it can also cause their constitution to become hot and dry.