A friend and I were recently discussing a situation during which I made an assumption. My friend promptly corrected me and commented that most of us make false assumptions. I was reminded of another incident when I made a false assumption that lead to the most embarrassing incident of my life.

I had a business appointment to meet a gentleman at his office. When I arrived, the receptionist informed me that he had called to say that he was detained but asked me to wait. I took a seat—it was very quiet. The phones weren’t ringing, and no one was passing by. It was just the receptionist and myself. The receptionist was wearing a very loose, full, tent-like dress. I assumed she was in her eighth or ninth month of pregnancy.

Because it was so quiet and we were the only two people there, we started having a conversation. She told me that she hated her job, hated her bosses, her salary, the way they treated her. She hated everything. She was becoming increasingly upset while I made sympathetic noises. Finally, in an attempt to soothe her, I said I didn’t think she’d be there much longer, anyway. She asked why not and I said, “Well, when the baby is born, I imagine you’ll stop working for awhile,” to which she replied in an injured tone, “I’m not pregnant.” Far from being pregnant, she was just very overweight.

At that precise moment, the elevator doors opened, the man I was meeting arrived and whisked me into his office—talk about being saved by the bell. When our meeting was over he walked me to the elevator, rang for it, and waited until I stepped inside. So, I was saved from the embarrassment of having to speak to the receptionist again.

“Assumptions are unopened windows that foolish birds fly into, and their broken bodies are evidence gathered too late,” wrote young fantasy author Bryan Davis in “Liberator.”

I made a mental note not to make any more assumptions. My friend was undeniably correct. Perhaps out of a need to fill in the gaps of information, we tend to make assumptions. But this comes with the great risk of being either wrong but hiding it well, or terribly wrong when we nonchalantly declare it out loud.

It has to be said that the source of assumptions is ignorance. 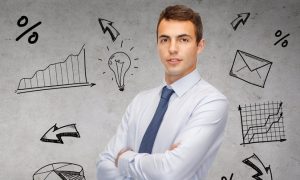 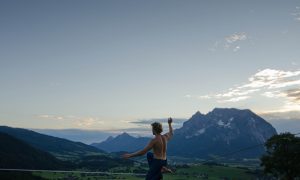