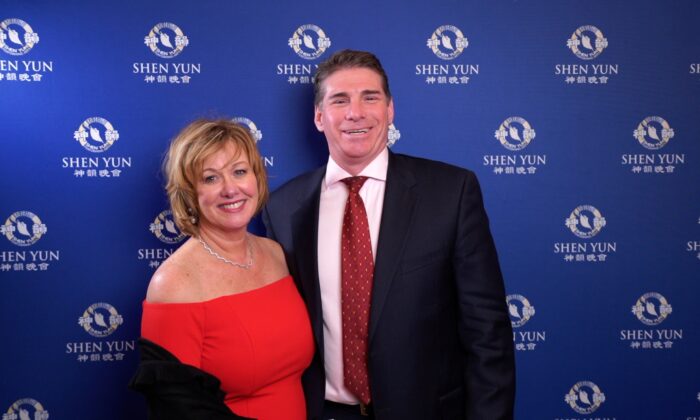 “The [Shen Yun] performance was magnificent. This is the fourth performance I’ve attended. [They] finally came to Reno and I’m grateful ’cause I had to drive to Sacramento all the previous years,” said Hahn, who serves as the district attorney for Washoe County, which encompasses Reno. Regarding his yearly sojourn, Hahn confirmed his ongoing appreciation. “Oh, yes, it’s new each time,” he said.

“It was grateful, uplifting, and spiritual,” Hahn said about New York-based Shen Yun, which he attended at the Pioneer Center for the Performing Arts on Feb. 28, 2020.

The lawyer waxed poetic about the spiritual elements in Shen Yun, which comprise a core element of not only its performance but also of traditional Chinese culture itself, which these artists are on a mission to revive.

“The performance, it’s uplifting, it’s meaningful,” Hahn said. “More than just the dance and the grace, it’s spiritually uplifting and I’m grateful for that.”

“It brings hope. It brings comfort and peace and that’s meaningful to many many people. And that’s what [the] performance brings to us. It’s a message of renewal and peace that’s available if we choose it. It’s important for all of us, it’s important for you and I, our children, and those to come after us,” he added.

Shen Yun‘s performance consists of roughly 20 vignettes, some of which are storytelling dances, others of which are bel canto vocal solos with lyrics that speak of heavenly realms and divine beings. These are rich with spiritual beliefs that run deep throughout ancient Chinese culture.

“It’s more than merely visceral,” Hahn said about Shen Yun’s artistry. “It’s, again, something that’s spiritual. It’s something that speaks to the inner man. And that’s what I think is valuable about [what] Shen Yun has brought.”

Shen Yun is unable to perform in China today due to campaigns suppressing traditional Chinese culture, including even persecution of spiritual believers such as followers of Falun Dafa.

“That’s unfortunate that they don’t have that level of expression that we enjoy here in the States,” Hahn said.

But Shen Yun is giving hope to many that the moral foundations and soulful connections traditional Chinese culture encourages can one day return to China, and that meanwhile, the rest of the world can benefit.

“I think the [Shen Yun] performance speaks to that movement,” Hahn said, to this point, “it speaks to communicating in a different medium that, again, speaks to the inner man,” Hahn said that he felt that personally.

The final piece of the evening depicts the Creator returning to earth, a long-told legend passed down by Chinese people.

“What we appreciate about the finale is the hope that it brings,” Hahn said. “It speaks of hope.”