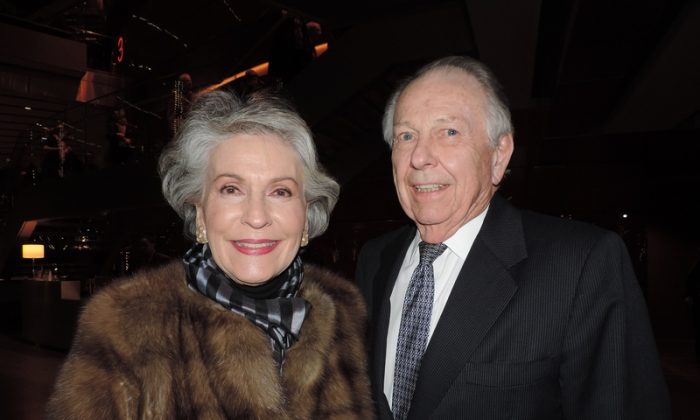 Mrs. Custard, who is on the board of directors for the AT&T Performing Arts Center, is an important member of the Dallas community. Along with her tireless work for girls and women, she is an active philanthropist and volunteer who serves on several boards and foundations.

The many awards she has received for her service include the TACA Silver Cup Award, the Maura Award, the American Fundraising Executives Outstanding Volunteer Fundraiser of the Year Award, and the Dallas Historical Society Award for Excellence in Arts Leadership.

Mrs. Custard, whose husband, William, is CEO and president of Dallas Production Inc., was impressed by Shen Yun’s display of traditional Chinese culture, which she felt was “superb.”

“They’re excellent and very exciting, beautiful, and a wonderful ancient culture from which we can learn a great deal,” she said.

Shen Yun’s wondrous display of China’s divinely bestowed culture comes to life through its performances, presenting breathtaking music and dance across the globe for millions each year.

And Mrs. Custard is no stranger to the performing arts, as she serves on boards including the Dallas Opera and the Dallas Theater Center, where she is a Life Trustee. She is also a director of the Dallas Center for the Performing Arts Foundation.

As far as Shen Yun is concerned, Mrs. Custard was truly enamored by the world’s foremost classically trained dancers.

“Exuberant! Exuberant, how beautiful,” she said, adding that Shen Yun’s portrayal of humanity’s shared values through music and dance was worth every moment.

She noted that “The universal value that art joins us together across cultures and history and the human spirit” was at the heart of the entire performance.

“So thank you,” she said, gracefully concluding with her greatest appreciation.