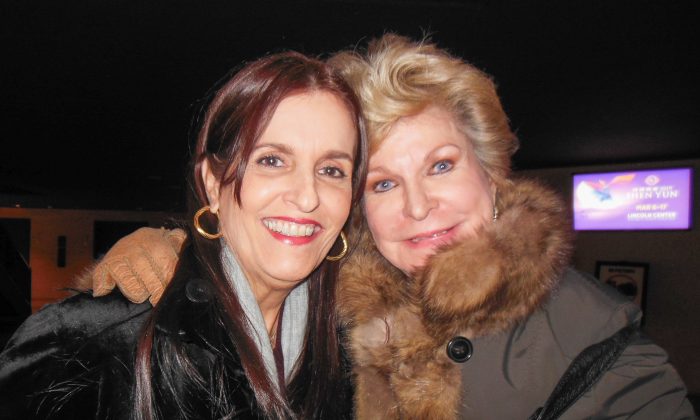 NEW YORK—Mary Morgan-Moss, former ambassador of Panama, saw Shen Yun Performing Arts at Lincoln Center two years ago and loved it so much she made plans to return with her daughter.

On Jan. 16, Morgan-Moss and her daughter, Maribel Arias, a psychologist, enjoyed the classical Chinese dance production and were delighted to realize the program was full of new dances and stories and the quality was better than ever.

“I loved it,” Morgan-Moss said.

“I’m going to recommend it to everybody,” she said.

The longtime envoy Morgan-Moss is a renowned diplomat, but she is also a philanthropist and something of a performer herself. She is recognized as a singer, a TV producer, and host in Panama.

She is also the founder of the Mary Arias Foundation which provides free services to children with cerebral palsy in Panama, the only one of its kind, and it has already benefited thousands.

Having spent many years at the United Nations, Morgan-Moss is no stranger to experiencing other cultures, and was happy to see New York-based Shen Yun’s revival of China’s 5,000 years of civilization.

She loved the display of culture.

Formed in 2006, Shen Yun has since toured the globe every year with an all-new production to revive this divinely-inspired traditional Chinese culture.

Its hallmark is classical Chinese dance, a complex dance system passed down through the dynasties, which is performed with the accompaniment of a live orchestra blending Chinese instruments and melodies with a full Western symphony and orchestration.