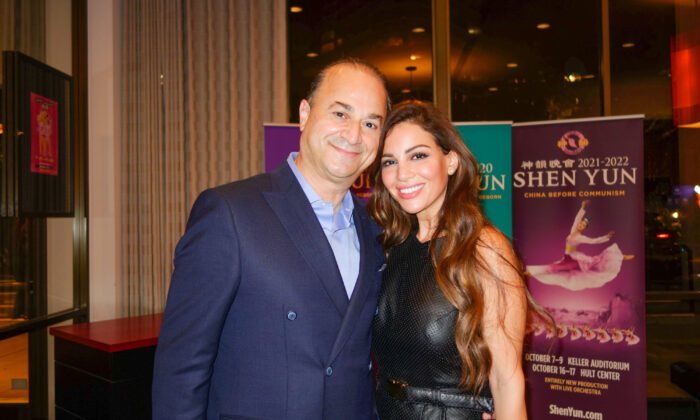 PORTLAND, Oregon—For a medical professional, watching a performance by Shen Yun Performing Arts often invokes one to appreciate more than just the beauty in the arts.

“It was amazing … very cultural, very artistic,” Nouredine said. “We love the colors, the dance, the ancient culture, [and] the theories behind every dance. Very well done.”

“[There’s] so much talent,” Raina added.

Nouredine named the dance “Insanity During the End of Days” as the piece in the performance that stood out to him. The story tells of the atrocious crimes being committed under the watch of the communist regime China—the murder of prisoners of conscience for their organs.

“This surgeon, and the father and daughters,” Nouredine said. “It tells a [important] story of how in 2021, we still have countries [where] you cannot practice freedom of religion.

“It doesn’t matter which country it is, I think, in every country in the world, you should be able to live in peace and harmony with anything you believe in,” he said.

Nouredine also expressed his appreciation to Shen Yun for returning to the stage during the pandemic. “It was really nice to get out today, and to come on watch the show finally, and be able to sit next to people. So it was a great idea that they brought it back, and they didn’t cancel it,” he said.

Steve Peterson, a business owner, was also in the audience in Portland.

He was particularly impressed by Shen Yun‘s choreography.

“The choreography was spot on, every little detail. The movements with so many dancers … to be able to perform it in perfect unison was very impressive,” he said.

Shen Yun’s mission is to revive “China before communism” by bringing back 5,000 years of its tradition and culture.

“I think it’s probably very important for the Chinese to not lose their history—not forget it,” Peterson said. “It’s important for humanity to understand and appreciate the various cultures we have on this planet.”