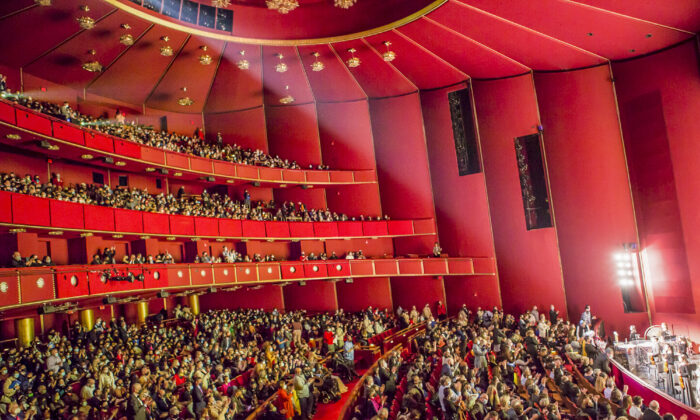 WASHINGTON, D.C.—Dede Laugeson, director at Save the Persecuted Christians and a member of the Committee on the Present Danger: China, found herself deeply moved by the beauty and depth of art presented by Shen Yun Performing Arts, which is currently touring the world presenting “China before Communism.”

“What I saw was beauty and energy and light that is missing in communism that is so utilitarian, so gray, so bland, so stripped down to nothingness,” Ms. Laugeson said when attending Shen Yun at The Kennedy Center Opera House in Washington D.C. “What was here is just a depth of art and expression and history that unfortunately, we’re not experiencing from [China], as they show themselves to be today through their communist ideologies.”

Many of the artists performing with New York-based Shen Yun follow the spiritual practice of Falun Dafa, which promotes living by the principles of truthfulness, compassion, and tolerance. Ms. Laugeson expressed her happiness to be among artists of such principles.

“It’s such an honor to be here. It’s so inspiring to see that many people come together to stand for compassion and peace and harmony and light and love, and that’s what I experienced when I come together with the Falun Dafa,” she said.

Ms. Laugeson could sense that these principles are a unifying factor for Shen Yun’s performance.

“There’s so much unity among the dancers that you don’t see in some of the Western performances. You can tell that there’s an understanding spiritually amongst the performers that brings a sense of light and unity. It’s truly expressed to the audience, and you really are welcomed into that sense of unity. It was beautiful,” she remarked.

She also expressed her gratitude towards Shen Yun for its efforts in reviving China’s 5,000 years of civilization.

“I liked the historical development through the show,” she said. “The costumes and the dancing and the quality of the art is so beautiful in telling the story of Chinese culture through the years, continuing that history and bringing it to the world so that we can truly understand the nature that has been the Chinese people throughout the ages.”