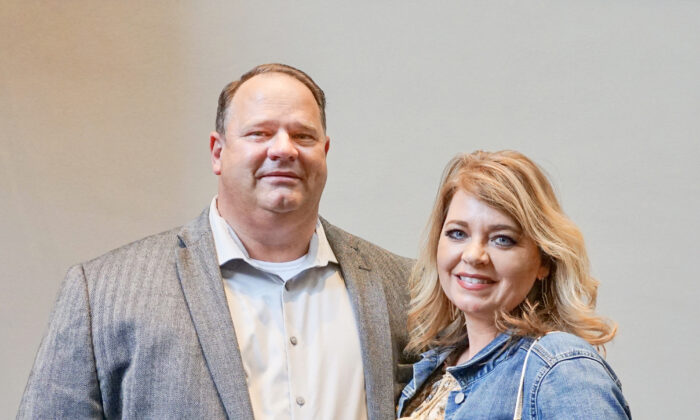 INDIANAPOLIS, Indiana—Shen Yun Performing Arts attendees found themselves in deep thought and high spirits in Indianapolis this weekend. After a year’s hiatus, Shen Yun returned to Butler Arts Center for a special one-day, two-show engagement on Oct. 2. For Hoosiers, it was a rare opportunity to immerse themselves in Chinese culture.

Cosmetics sales director Monica Williams and insurance adjuster Steve Williams were inspired to see a revival of Chinese culture, and the passion with which it was presented.

New York-based Shen Yun‘s mission is to bring back to life 5,000 years of Chinese culture lost to communism. Its vocabulary is a universally appreciated one: classical dance, a live orchestra, and timeless stories from ancient to modern times.

“I think it is beautiful to see the culture is still alive, even though it is in America and perhaps it could be seeds of a revival in China,” Mr. Williams said.

He and the audience learned during the show from the emcees that Shen Yun cannot be seen in China due to the restrictions on traditional thought imposed by the Chinese Communist Party. “I just imagine how difficult it must be in China for the people to live the dreams that they have, it must be difficult.”

Ms. Williams was inspired by the rapid growth of Shen Yun and the importance of their mission.

“I feel the freedoms we have we take for granted, where[as] they don’t. So being able to have a land of opportunity here in America, and that they have expanded from one to seven tours, that’s amazing … that’s how it’s supposed to be,” Ms. Williams said.

From their seats, the Williams were able to appreciate the finer details of the dancers’ performance.

It was a passion and a joy you could see on their faces, and we were right at the very front, so we could see their faces and you could tell they enjoy it.
— Steve Williams

Shen Yun has a special characteristic—most of its performers practice a mind-body spiritual system called Falun Gong, which has been passed down from ancient times. Thus, the importance of spirituality is evident in many aspects of the performance, including the storylines in some dance pieces and the lyrics of soloists’ songs.

“It’s interesting to see that, no matter what culture you have, no matter where you are in the world, you have a desire to understand a higher being and understand God in your understand of it,” Mr. Williams said. “I think it’s good to see, whether you believe or not, it’s good to see what people do believe because it is within man to have a spiritual understanding of things.”

Ms. Williams agreed. “All of us are spiritual beings and I feel everybody is searching for that. And something higher than yourself is important and I think this is what will help people understand that.”

Like the Williams, Mr. Ed Hazeldean and his wife Karen praised Shen Yun for its mission and vibrant performance.

“I think it’s wonderful, wonderful, wonderful! I love the color, I love the history behind it,” exclaimed Mr. Hazeldean, who works on government software solutions. Though he has traveled to China before, he said the performance opened his eyes to aspects of China that he was not aware of before. “There’s a lot of things that I probably didn’t understand about the history and I’m learning much from this and I’ve enjoyed it.”

It was Mrs. Hazeldean’s second time attending Shen Yun, and, being a publisher, she was especially appreciative of the narratives present in the program.

“Any book has to have a story, whether it’s fiction or non-fiction … and I think so many people in the United States—don’t understand that it was just in ’49 when the communists took over in China. We forget the history and this just brings it back.”

Shen Yun, while entertaining theatergoers, also offers some very poignant moments, as Mr. Hazeldean noted of one piece about a scene set in modern China, where horrible human rights abuses are inflicted on the regime’s prisoners of conscience.

“There are certain aspects … [like] what’s going on today inside of China which I didn’t realize, [that are] very, very significant,” Mr. Hazeldean said, including to some of the things happening in the United States today. “So I can see how we’re learning about where things can go, as a culture, from something that’s happened in the past to current day in China.

“There’s a lot to be said for the content that’s been brought to us through this,” he said of Shen Yun.