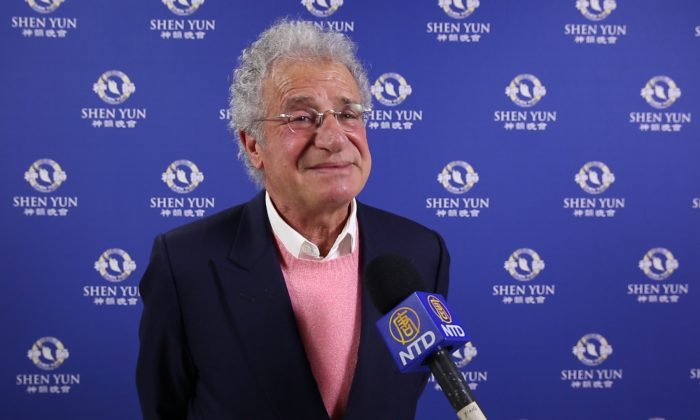 PARIS—China’s history goes back 5,000 years, yet the authentic traditional culture of the Divine Land is not widely understood in the West. On Jan. 20, New York-based Shen Yun Performing Arts gave its Paris audience a deep-dive experience into ancient Chinese civilization, in a dance and music performance that was as much entertainment as it was discovery.

Among the audience was Laurent Dassault of the Marcel Dassault Group, a France-based group of companies with subsidiaries including aviation, aerospace, real estate, auctions, and even wine, where Dassault holds key executive positions.

“For me, it’s a discovery. It’s both the tradition and the beauty and the know-how of the Chinese in dance, and especially in history. What is beautiful in this show is the history,” said Dassault at the Palais des Congrès.

Dassault appreciated the incredible breadth of the production, and the depth of the content.

Shen Yun is the world’s premier classical Chinese dance company. Each year brings a new program, and with the live orchestra blending Chinese instruments into a Western symphony, and the digital backdrop blending stage and sky, the experience is an immersive one.

“It is both in the beauty of the sounds and especially in the movement of the bodies that fits perfectly into this symbiosis, and so I am very happy to have been here today,” Dassault said.

At the heart of the production is the thousands-of-years-old classical Chinese dance, which has been passed down and refined over the dynasties, and is alongside ballet one of the most comprehensive dance systems in the world.

It is famously emotive, as the expression of an artist’s inner bearing is a key component of the system, and explosive in athleticism—many audience members are surprised to learn that the difficult tumbling and aerial techniques they see are the predecessor to sports like gymnastics and acrobatics, rather than the other way around.

With classical Chinese dance, the artists tell stories from the creation myth of Chinese civilization to vignettes from stories dynasties, to legends from classic novels like “Journey to the West.”

And Shen Yun also incorporates ethnic and folk dances into the program, complete with handcrafted and elaborate costumes and a backdrop of the corresponding region of China, which Dassault appreciated.

“I felt that there was a deep thought going into the Chinese culture, through its history, and so it touches us Europeans a lot because we don’t have all this history throughout our families, and especially in this France that we love,” Dassault said.

Dassault felt it drove home the importance of history and tradition.

“Especially today we need a reference, we need history, and we need to be reassured by history to build the future,” he said.

And Dassault wanted to say to Shen Yun: “And thanks to you we are reassured.”