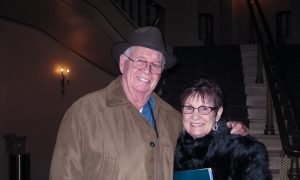 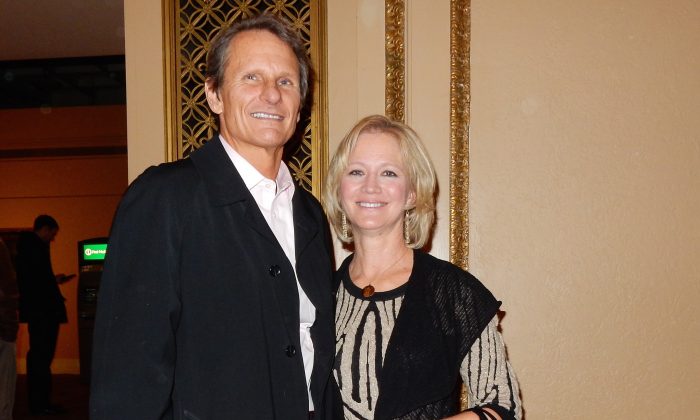 OMAHA, Neb.—”It was very well done,” said Robert Dudzinski after seeing Shen Yun Performing Arts with his wife Jeannie, on the evening of Jan. 14 at the Orpheum Theater.

Tonight’s performance was Shen Yun’s second in the Midwest. The next stop on its tour will be Indianapolis where the company will deliver a total of three performances on Friday evening, Saturday afternoon, and Saturday evening.

Mr. Dudzinski is the executive president and leads the Healthcare practice at West Corporation.

He commented on the dancing of Shen Yun’s performers, describing it as precise and enjoyable with “a lot of creativity. It’s nice to see a blend of costumes, and ethnic and cultural backgrounds, fused into their dance.”

Chinese Classical dance is the core of Shen Yun. The performers go through rigorous training to master the leaps, the flips, and the intricate footwork.

The New York based company also has a full live orchestra. It’s unique in the sense that unlike traditional symphonies, Shen Yun’s orchestra features both Eastern and Western instrumentation as a standard ensemble.

“The music is very large, and very dramatic and it adds to the dance,” Mr. Dudzinski stated.

Shen Yun strives to revitalize traditional Chinese culture through its performances. It’s programs feature 20 or so mini-dramas that retell stories from China’s history, literature, and folklore.

Mr. Dudzinski said, “I just like the stories that were told through the dance. It’s always nice, … [the] culture of China coming out of these dances.”

Shen Yun translates to something like “The beauty of Heavenly beings dancing.” So there’s always somewhat of a divine overtone. Mr. Dudzinski felt “they did a very nice job of expressing that (spirituality), and I felt very enlightened.”

“It’s always nice to understand and see a different culture expressed through dance—sometimes not the same as we experience in the U.S., so it’s very nice,” he said.

Mr. Dudzinski explained, “I think that dance is probably one thing that binds a lot of cultures, and I think it’s an expression of culture and I think that we all do that collectively in dance, so that’s kind of ties between culture is dance” itself.

Finally he said he would say to his friends, “Come see it; it’s very nice.”

Mrs. Dudzinski enjoyed the sensory aspects: “The colors are gorgeous, … I love the way [the dancers] walk. it’s so different than any American dancing. I love their costumes. They are very modest and beautiful, flowing, and I love their movement, so graceful. And I love how they tell the stories.”

She said she would tell her friends, “It’s just beautiful—worth coming to.”