Dancer Swept up in Flow of Shen Yun 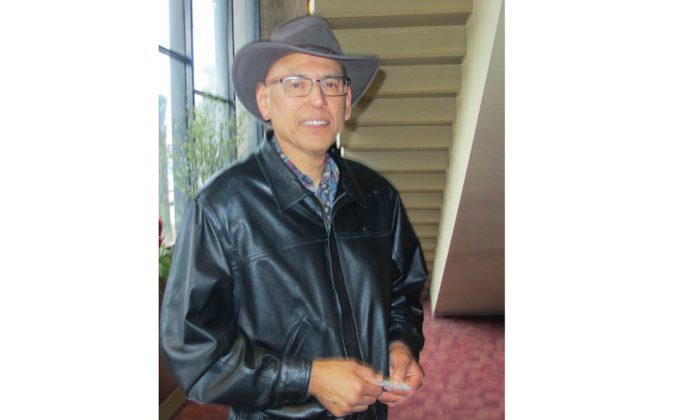 FRESNO, Calif.—Ballroom dancing is all about flow. It’s about a group of people moving together, in a formation, creating a sort of flow across the dance floor.

Stan Medina, an accountant, is such a dancer. He enjoys ballroom dancing immensely and knows how hard it is to get a big group of people to move together. So when he heard about Shen Yun Performing Arts, and that it would present a completely different sort of dance that seemed to flow, it piqued his interest.

Once the curtains came up, the Shen Yun dancers had his full attention. “The whole thing blew my mind,” Mr. Medina said.

Classical Chinese dance certainly has a sort of flow to it.

As Shen Yun explains, dancers use rounded, continuous movements in classical Chinese dance. The default step of female dancers is a quick, half-step that makes them appear to float across the stage. There are unique postures and movements characteristic of the Chinese, as well as an inner bearing that is expressed through form.

Shen Yun says its artists aim to uplift and inspire, and thus practice self-cultivation in order to, as performers, express these sincere qualities to the audience.

Mr. Medina found himself swept up by the dancing, the movements of large groups of people on stage, the flow of classical Chinese dance, and the uniquely choreographed pieces.

In “Fairies of the Sea,” for instance, female dancers expertly created what Mr. Medina called the image of a waterfall, with their blue costumes, soft fog, and fans with long blue trails of watery cloth.

He found himself sitting there, looking to “take in the whole experience, the energy it gave me.”

There was also a spirituality about the dance Mr. Media said he “was kind of drawn to,” even though religion or scriptures were not the point or purpose of the dance, he said.

” Just enjoyed the whole experience, it was wonderful,” he said.