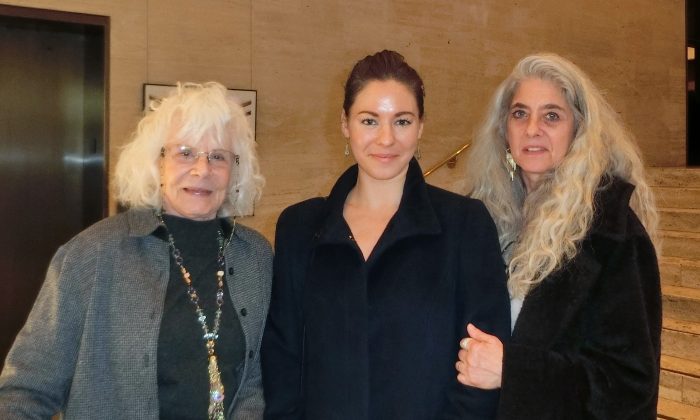 “I absolutely adore it. It shows a side of Chinese culture that I didn’t know anything about. I had no idea that the leaps, and turns, and the flips that actually came from traditional Chinese culture.”

“The colors, the spirituality of it all, just shined an entirely light on China.”

“They [the programs] were all so different. I love the one with the sleeves because I always love a good prop, and the way they maneuvered it, as well as the handkerchief, I thought that was amazing.”

“I love that [backdrop]. I think like any sort of multimedia experience is transcending in any art form … So it was sort of take you out of this world and bring you into another worldly atmosphere … It took me to another world. ”

“This sent my mind through a whirlwind because it brought us back to the traditional, at least from this viewpoint, the traditional spirituality of China, which is the Buddhist’s peace and tranquility aspect, which I think is a worldview. So that’s a really important thing to communicate.”