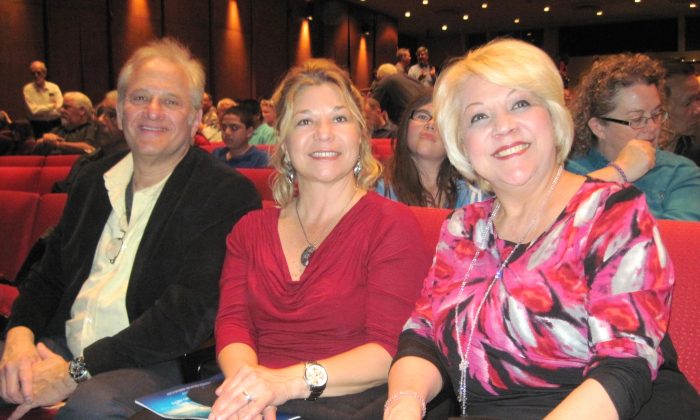 ALBUQUERQUE, N.M.—Traditional Chinese culture was on display for theatergoers at Popejoy Hall on March 27 as Shen Yun Performing Arts New York Company rounded out its second evening of mid-week performances.

Wanda Mitchell, a former professional dancer who currently owns and directs On Stage Performing Arts Center, was thrilled to be watching Shen Yun for the second time.

“I get very excited as a dancer [watching Shen Yun],” she said, “I actually get chills on my arms.”

“I have loved every single one of the numbers,” she added. “I just think it’s beautiful.”

As a ballet teacher, Ms. Mitchell was impressed with the dancers’ discipline.

“I think they’re just phenomenal dancers,” she said. “You can tell by the discipline. That’s the biggest thing that I’m really impressed with. You can really tell that the culture is very disciplined, and to see the dancers so well disciplined and so well trained, it’s very impressive.”

Ms. Mitchell enjoyed watching the grace of the female dancers and the power of the male dancers.

“I love watching the men of course, too,” she said. “The men are very exciting. You see them all doing their big leaps and jumps and everything. It’s very impressive.”

Shen Yun is a non-profit, New York-based classical Chinese dance and music company that creates an all-new production each year and tours throughout the world on a mission to revive traditional Chinese culture.

The digital, animated backdrops are a major feature of Shen Yun. Each piece within the performance has a different backdrop with vibrant colors that provides both a contextual setting and depth which “infinitely expands and transforms the stage,” according to the company website.

With a gasp, she said, “Oh, the scenery! The settings are just wonderful. Just gorgeous. [The] colors are just beautiful.”

In addition to the dancing and backdrops, another major component of Shen Yun is the vocal soloists who sing using the Bel Canto technique. Each song is originally written for each piece, and they are “brimming with philosophical reflection about human life and containing deep layers of meaning,” according to the company website.

“I loved the lyrics. I was very touched by reading what she was saying; it was just beautiful,” she said.