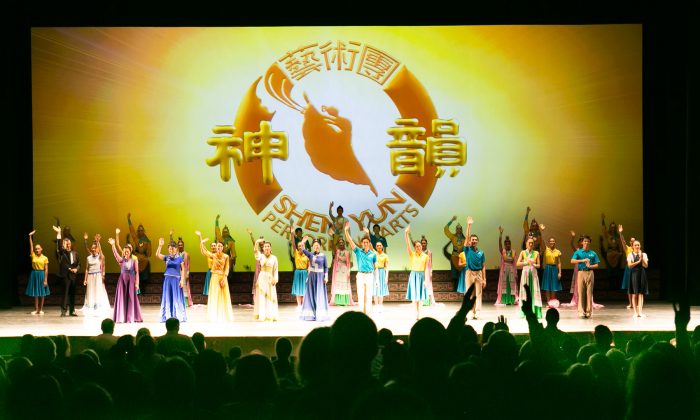 NORFOLK, Va.—People who view Shen Yun Performing Arts can come away intrigued, uplifted and moved by its sheer beauty. Perhaps, the audience members who are professional dancers take away more from their experience of the performance.

Laura Payne is a dance choreographer and instructor, and has over 30 years of dance training and performance experience in the Hampton Roads area and throughout the East Coast, according to the Internet. She works with a Christian dance company called Masterworks Touring Company that is affiliated with the Academie de Ballet in Chesapeake, Virginia.

Classical Chinese dance is one vehicle by which 5,000 years of Chinese culture has been passed down to contemporary times. Over time, this art was organized and refined with it, eventually developing into the distinctly Chinese dance form we have come to know today, according to the program notes.

Ms. Payne said that she could see a similarity with her own contemporary dances in the way the Shen Yun dancers were “going to the ground and coming back up.” But she sensed there was much more than technique here, and that classical Chinese dance was beautiful, unique, and had its own heritage that was guiding the creativity.

Mastering the technique may be the place where dancers begin, but classical Chinese dance has so much more. Shen Yun dancer Tim Wu explained in his profile on the Shen Yun website that when he was very young and first started out, he learned the techniques “really fast.” But he said that as he matured as a dancer that dancing is not only about techniques, but “how to play a character,” and “about performing and using the technique to make the dance into something spectacular.”

Wu’s profile shows him rehearsing for hours to learn to play the role of a drunk. A challenge for Wu, a nondrinker, he learned how to convey the character through his dance movements.

Ms. Payne admired the way common morality, compassion, and kindness were “pulled into a dance that has more depth to it than just the surface stuff, so yes, I loved that as well.”