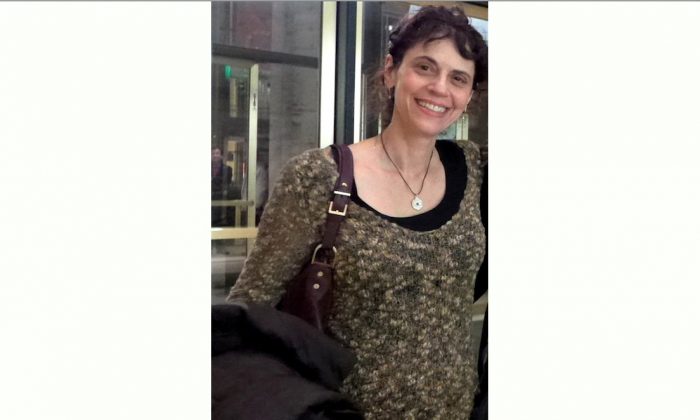 The renowned New York-based company caught her attention on Friday night when she took in the cultural splendor at Lincoln Center’s David H. Koch Theater.

“Really beautiful, mesmerizing,” she said. “The aesthetic of it is absolutely beautiful.”

Ms. Cutler does many kinds of dancing. “I do belly dancing, Bollywood dancing, and Israeli dancing,” she said.

She connected with the performance in multiple ways, including through her dance experience.

“I really have an appreciation of how difficult it is to use fabric. To make the fabric do what you want it to do,” she said. “I thought that was absolutely amazing.”

Several dances particularly struck her, including Lotuses in Bloom, in which female dancers holding long silken fans “glide across the stage like celestial fairies in flight,” describes the program book. “Their soft steps are never hurried, always light, as they scatter a fragrance of serenity from the heavens above.”

“I love percussion. The drums were phenomenal. And the costumes alone are a show. I could just see the costumes,” she said. “They are magnificent. I just cannot get over this, the costumes.”

Since long ago, China has been known as the “Celestial Empire,” because of the belief that its profound culture is divinely inspired.

“[It] is the only culture in the world to have a continuous recorded history of 5,000 years,” explains Shen Yun’s website. “It has left behind countless literary classics, historical documents, cultural relics, and national records reflecting its immense scope.”

“Under the influence of these faiths, Chinese culture has generated a rich and profound system of values. The concepts of ‘man and nature must be in balance,’ ‘respect the heavens to know one’s destiny,’ and the five cardinal virtues of benevolence, righteousness, propriety, wisdom, and faithfulness (ren yi li zhi xin) are all products of these three religions’ teachings,” says Shen Yun’s website. “These principles have constantly played out over China’s 5,000-year-long history.”

Math teacher Judith Engel was captivated by the precision of the dancers.

“I have never seen such parallel lines in my life. The arms went exactly in the same direction, with maybe 28 dancers. And not one arm even an angle of two degrees off,” she said. Ms. Engel teaches at the Bronx High School of Science.

“The music complemented the dancing and didn’t overpower it. It was colorful and the time passed so quickly.”

Ms. Engel said she was exhilarated and was going home to start telling her friends about the performance. “I can’t wait for next year’s performance, I will bring my students.”

“It’s a memory I will keep forever and ever.”