Dance Coach Watches Shen Yun Finale, Feels That ‘God Is Watching Over Us’ 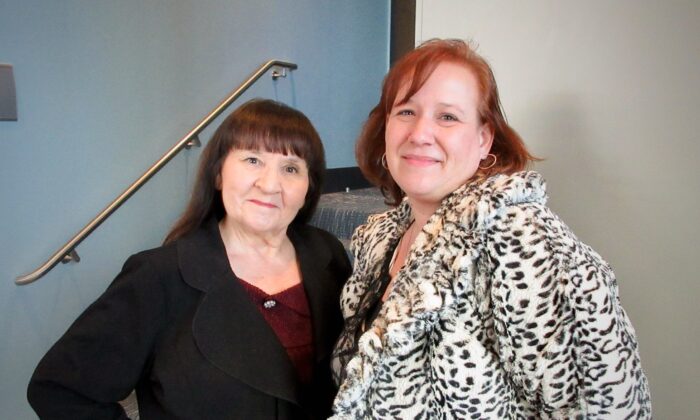 Ms. Rounds has been a dance coach for 42 years and directs the Pink Panther All-Stars. With her background, Debbie appreciated “the talent, the gymnastics. All of it!” in the show. “It was amazing.”

Ms. Rounds noted the backdrop feature of the performance. “The scenery was out of sight! The technology on the wall and how they disappear into the wall, take off, then come back out. It was just fantastic—creative, very creative.”

The orchestra also impressed her, and the spiritual and cultural experience resonated. “I felt it, yeah, especially the ending number. The world is changing. And everybody needs to know that God is watching over us.”

“God’s here for everybody. Everybody,” Ms. Rounds said.

Ms. Rounds felt her takeaway was “a lot of respect for [ancient China’s] culture. That’s what life’s all about.”

Her friend Dawn, caregiver and preschool teacher, said, “I just love arts and musicals. It was great, I mean, the colors, the performance, the choreography.”

For Dawn, the scenery had a spiritual aspect. “The scenery was just beautiful from the beginning to the end, like how God created things [and] how things change. It was neat.” She loved how everything flowed from beginning to end. “It tells a good story, before and after.”

Shen Yun Performing Arts was founded in 2006 by a group of leading Chinese artists who had fled the persecution of China’s ruling communist party. Following the regime’s violent takeover in 1949, Chinese traditional culture underwent a period of mass destruction.

National Guard Commander John Angelioz attended Shen Yun Performing Arts for the first time and liked what he saw. He could understand what was happening from the dancers’ actions and expressions.

“I find it very spiritual. And it’s touching because I didn’t realize how much spirituality ancient China had, you know. Nor, you know, current China, what they’re going through right now. So I find that very touching. Very inspirational.”

He noted the contrast between ancient versus modern China. “They were very effective, telling me, or expressing what’s going on in China today. Very sad.”

“I like all of the stories, regardless of what period of history it is, what setting. I like them all. I found it very informative, very fascinating. Very interesting, he said.”