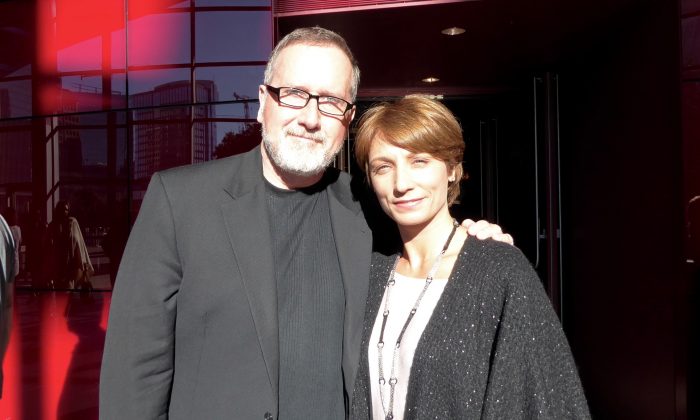 DALLAS—After audiences have seen Shen Yun Performing Arts performances, their initial reaction is often admiration and awe at the artistry of its dancers, musicians, and vocalists.

But afterwards, many speak about the deeper meaning behind the dance performances and song lyrics. Through classical Chinese dance and the use of cinematic backdrops, Shen Yun performers tell stories from China’s rich history of folktales and legends, as well as tales of suffering and triumph in present-day China.

Following the Jan. 10 performance at the Winspear Opera House, Jim Buchanan, CEO and founder of the IT firm, Buchanan Technologies, reflected on the themes of spirituality and faith depicted in Shen Yun’s dances.

Buchanan Technologies is an award-winning IT services and consulting firm that Buchanan founded in 1988, according to the company’s website.

Mr. Buchanan was especially moved by the dances that portrayed how people are arrested, tortured, persecuted, sometimes to death, for their spiritual beliefs in today’s China.

“The struggles of the individuals as they give their lives for their religion…we [in the United States] have that religious freedom. We have the ability to practice whatever religion we choose to practice. So we don’t have the same struggles,” Mr. Buchanan said, a right that is not respected in China.

Ancient Chinese culture was deeply rooted in spirituality; belief in the divine flourished for thousands of years in the land of the Middle Kingdom. But in recent decades, the Chinese Communist Party has suppressed and destroyed these elements of Chinese tradition with its doctrine of atheism.

Mr. Buchanan felt encouraged that Shen Yun’s performances were reviving the connection to the divine that was once part of traditional Chinese culture. “I think it’s very evident [Shen Yun is] making a lot of headway,” he said.