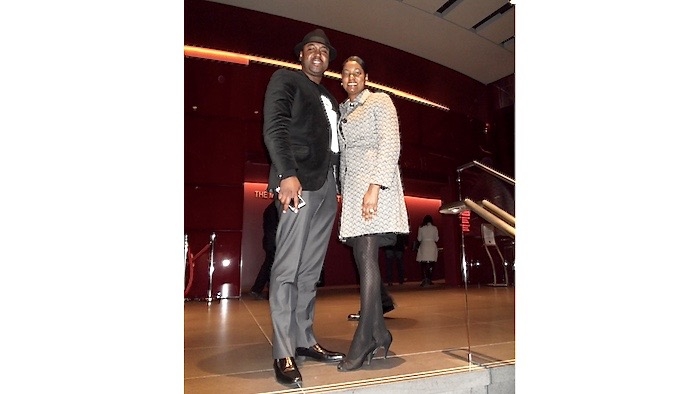 DALLAS—While many were catching up on sleep during their New Year’s Day holiday, hundreds in Dallas visited Winspear Opera House to witness a performance by Shen Yun Performing Arts.

The couple couldn’t stop gushing about how impressed they were that Shen Yun took it upon as its mission to revive the 5,000 years of traditional Chinese culture. Mr. Guess said it was a brilliant move that will surely “enhance the brand of China.”

Mrs. Adams-Guess agreed that this is a worthy pursuit.

“It’s just amazing what they’re doing,” she said. She urged the dancers to “continue to walk down this road” and “share the love of their culture.”

Mrs. Adams-Guess, Assistant Vice President at the University of Texas Southwestern Medical Center, praised Shen Yun for reviving this almost lost culture and sharing it with the rest of the world. She called the move “daring.”

Shen Yun is a New-York based company that has been reviving 5,000 years of traditional Chinese culture “through the universal language of music and dance,” according to the company’s website.

The company was started by a group of artists who wanted “to revive the true, divinely inspired culture of China.” The vast majority of this culture had been destroyed after the cultural revolution of the 1960s.

Since Shen Yun dances tell stories from ancient China all the way up to the present, there are themes in the program that portray how different religious and faith groups are persecuted in present day China. This is why Shen Yun is banned from performing in mainland China.

‘Culture Is the Essence of a Society’

“Culture is the essence of a society. A civil society must have that art. Art is the base,” Mr. Pinard said.

He especially enjoyed the aspect of spirituality in the performance.

“The message of being able to practice the faith that you want to practice is really wonderful,” Mr. Pinard said.

“It is wonderful, I really enjoyed it,” Mrs. Pinard said.