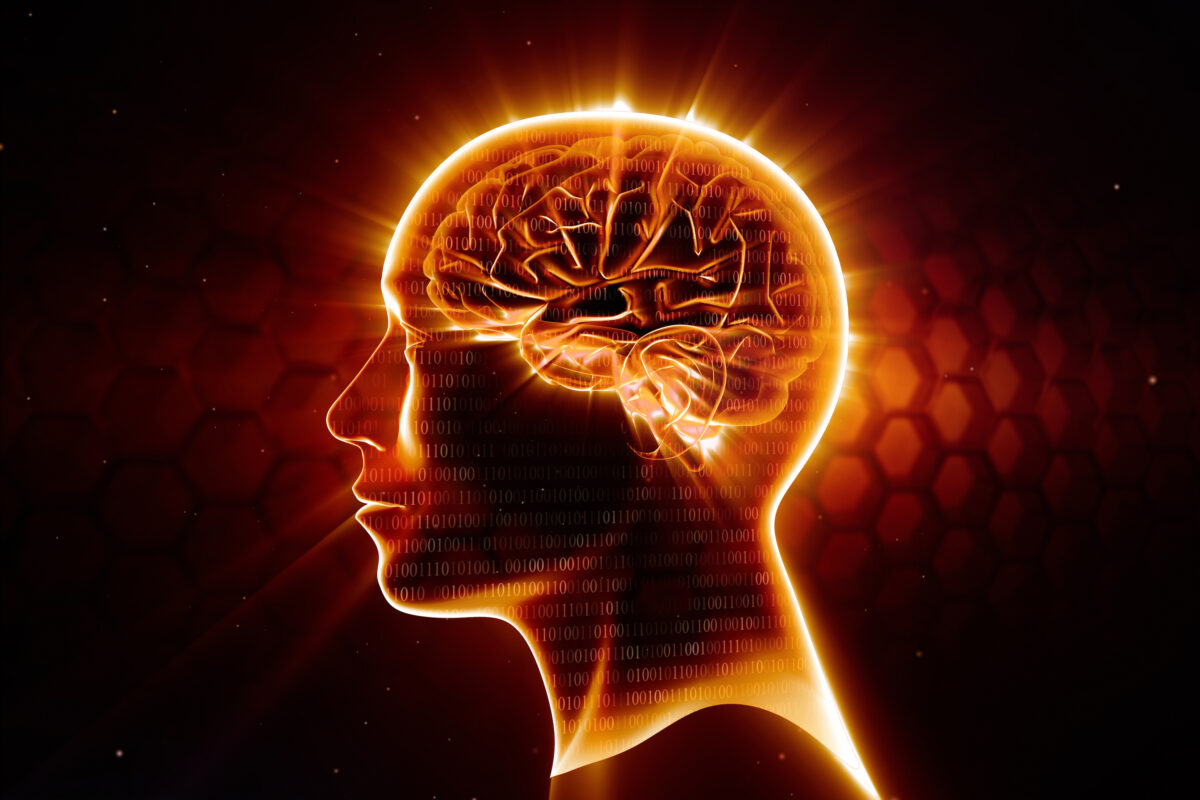 And those who took this small dose for 18 months also had less brain plaques associated with Alzheimer’s. Its mode of action?

Turmeric, a yellow curry spice used in Indian cuisine, has a long history of medicinal use in traditional Chinese medicine and Ayurvedic medicine. Modern science has confirmed many of its ancient claims, and curcumin alone — one of the most well studied bioactive ingredients in turmeric — has been shown to have over 160 potentially therapeutic activities.

Studies suggest it can be a powerful ally in the treatment of depression, cancer, inflammatory bowel diseases and rheumatoid arthritis, for example. Many of curcumin’s benefits are attributed to its ability to quench inflammation, which is a hallmark of most chronic diseases, from obesity and metabolic syndrome to heart disease and dementia.

Importantly, it has the ability to cross your blood-brain barrier and exhibits potent neuroprotective properties, suggesting it may be useful for neurodegenerative disorders. Researchers at the University of California recently demonstrated it may have long-term effects on your cognitive function by protecting against brain inflammation.[1]

Curcumin May Protect Against Dementia

The double-blind, placebo-controlled study, published in the American Journal of Geriatric Psychiatry,[2] included 40 adults between the ages of 50 and 90 who reported mild memory lapses. None had a diagnosis of dementia at the time of their enrollment. Participants randomly received either 90 milligrams (mg) of curcumin (Theracurmin supplement) twice a day for 18 months, or a placebo.

A standardized cognitive assessment was administered at the start of the study and at six-month intervals thereafter, and the level of curcumin in their blood was measured at the beginning and end of the study. Thirty of the participants also underwent positron emission tomography (PET) scans to assess their level of amyloid and tau deposits before and after treatment, which are strongly associated with Alzheimer’s risk.

Those who received curcumin saw significant improvements in memory and concentration, while the control group experienced no improvement. The treatment group also reported better mood, and PET scans confirmed they had significantly less amyloid and tau buildup in areas of the brain that control memory and emotion, compared to controls. Overall, the curcumin group improved their memory by 28% over the year-and-a-half-long treatment period. As reported by Science Daily:[3]

“The researchers plan to conduct a follow-up study with a larger number of people. That study will include some people with mild depression so the scientists can explore whether curcumin also has antidepressant effects. The larger sample also would allow them to analyze whether curcumin’s memory-enhancing effects vary according to people’s genetic risk for Alzheimer’s, their age or the extent of their cognitive problems.

‘These results suggest that taking this relatively safe form of curcumin could provide meaningful cognitive benefits over the years,’ said Small, UCLA’s Parlow-Solomon professor on aging.”

Curcumin has also been shown to increase levels of brain-derived neurotrophic factor (BDNF)[4] and this may be yet another mechanism that can help explain its neuroprotective effects.[5] Reduced levels of BDNF has been linked to both depression and Alzheimer’s disease.

Researchers have also discovered that curcumin has an effect on several pathways in your body that may reverse insulin resistance, hyperlipidemia and other symptoms associated with metabolic syndrome and obesity,[6] and this too can lower your risk of dementia and Alzheimer’s. Autopsies reveal people with high blood sugar tend to have greater amounts of amyloid plaque in their brains, and diabetics have a 65% higher risk of Alzheimer’s disease than nondiabetics.[7][8]

As in the featured study, earlier research has also demonstrated curcumin’s mood-boosting effect, suggesting it may be helpful against depression. A 2017 meta-analysis[9] of six short-term, placebo-controlled clinical trials concluded curcumin “appears to be safe, well-tolerated and efficacious among depressed patients,” and could serve as a “novel antidepressant.” Three of the trials also reported significant anti-anxiety effects.

Another recent study[10] evaluating curcumin’s effect on depression was done in Australia. A total of 123 people diagnosed with major depressive disorder were included in the double-blind, randomized study, receiving either 250 or 500 mg of curcumin extract, 250 mg of curcumin with 15 mg of saffron, or a placebo, for three months.

Compared to placebo, all three treatment groups experienced improvement in their symptoms. Curcumin was particularly effective for those with atypical depression. Interestingly, there was no significant difference in efficacy between the dosages. (On a side note, saffron has also been shown to have antidepressant effects in a number of studies,[11][12][13][14] which is why it was included in one of the treatment groups here.)

A second scientific review[15] — also published last year — concluded curcumin may be beneficial not only for depression but also on a number of other psychiatric disorders, thanks to its anti-inflammatory effects. According to the authors:

“[C]urcumin can influence an array of biological activities. Many of these, such as its anti-inflammatory, antioxidant, neuroprotective and monoaminergic effects are dysregulated in several neuropsychiatric disorders …

[I]n vitro, animal and human studies investigating … curcumin as a treatment for neuropsychiatric disorders such as major depressive disorder, post-traumatic stress disorder (PTSD), obsessive-compulsive disorder (OCD), bipolar disorder … and autism are reviewed … It is concluded that curcumin is a promising, natural agent for many of these conditions …”

In addition to its neuroprotective effects, research also suggests curcumin may offer potent protection against cancer, and has been shown to enhance conventional cancer treatments such as chemotherapy.[16] These effects have been demonstrated in animal models treating head and neck tumors,[17] and in culture of human breast, esophageal and colon cancers.[18][19]

For example, curcumin appears to reduce side effects of Mitomycin C — a potent antineoplastic drug that can cause kidney and bone marrow damage with long-term use, as well as secondary tumor growth — while simultaneously improving the effectiveness of the drug.[20]

Patients treated for chronic myeloid leukemia with chemotherapy also had a reduction in cancer growth factor when curcumin was added to the treatment.[21] Protection against radiation therapy was demonstrated in a study using breast cancer patients receiving radiation therapy.[22] At the end of the study those taking curcumin had less radiation damage to their skin.

In the video above, Dr. William LaValley explains how curcumin affects cancer growth. Tumors typically take years to develop, and the progression of a cell from normal growth to cancer happens through several stages. Deregulation of physiological and mechanical processes that initiate and promote the growth of cancer cells makes use of hundreds of genes and signaling routes, which is why a multitargeted approach is needed for successful prevention and treatment.

Curcumin has been shown to affect multiple cellular targets,[23] triggering a variety of actions that affect the growth, replication and death of cancer cells. This multifaceted action of curcumin has made it useful in the treatments of several different types of cancer, including colon cancer,[24] pancreatic cancer[25] and amyloidosis.[26]

Importantly, curcumin has been shown to activate the apoptosis (cell death) signaling pathway, enabling the cells to die within a natural time span.[27] Cancer cells lose the ability to die naturally, which plays a significant role in the hyperproliferation of cells that eventually end up forming into a tumor.

Cancer cells thrive in an inflammatory environment, and curcumin is able to block the pro-inflammatory response at several points, reducing the levels of inflammatory cytokines in your body.[28] The anti-inflammatory effects of curcumin have even been shown to match the effect of some drugs.[29] Curcumin also helps support your immune system, which is capable of seeking out and destroying early cancer cells naturally.

How to Optimize Absorption of Curcumin

Since curcumin makes up only 3% of turmeric’s weight, simply cooking with turmeric will not be enough to produce clinical benefits. To achieve the kinds of results found in studies such as the ones mentioned here, you have to use a supplement that has been optimized for bioavailability. Even in its raw form, curcumin has a very poor absorption rate.

As a general rule, only 1% of the product will be absorbed by your body; even supplements that have a 95% concentration are absorbed at 1%. Researchers have investigated a variety of different delivery methods, including oral, intravenous, subcutaneous and intraperitoneal delivery, as well as a variety of formulations, to optimize bioavailability. The following methods were all found to improve the absorption rate of curcumin:[30]

Anticancer doses typically range between 1,200 and 3,000 grams of bioavailable curcumin extract. Since curcumin is fat-soluble, you might be able to further increase absorption by making a microemulsion. Simply combine 1 tablespoon of curcumin powder with one or two egg yolks and 1 to 2 teaspoons of melted coconut oil, then use a hand blender on high speed to emulsify the powder.

Absorption may also be increased through boiling. Add 1 tablespoon into a quart of water that is already boiling. (If you add it to room temperature water and then boil, it doesn’t work as well.) After boiling it for 10 minutes, you will have created a 12% solution. Drink once it has sufficiently cooled.

The curcumin will gradually fall out of the solution over time and in about six hours it will be a 6% solution, so it is best to drink the water within four hours. However it is far easier and more convenient to obtain curcumin that has already been modified to be more available, such as microactive curcumin.

Curcumin May Be a Valuable Supplement for Chronic Ailments

In addition to being a potent antioxidant in its own right,[33] curcumin also boosts the function of your body’s own antioxidant enzymes.[34] Some studies suggest it may even work as well as some anti-inflammatory medications to treat arthritic conditions.[35]

Several studies have demonstrated an impact on transcription factors and signaling pathways, and have reviewed the molecular mechanisms curcumin uses to regulate and modulate gene expression.[36][37][38] Overall, curcumin is powerful, cost-effective and has a low toxicity profile.[39] As such, it may be a valuable supplement for many — especially for the aging population, which has not only heart disease and cancer to contend with, but also the looming threat of dementia.

In all, I believe curcumin is one of the more valuable nutritional supplements worthy of consideration for all-around good health, as inflammation drives so many different disease processes. Importantly, its ability to cross the blood-brain barrier, thereby lowering inflammation in the brain, may be of particular benefit to a lot of people.

[2] The American Journal of Geriatric Psychiatry October 27, 2017 [epub ahead of print]