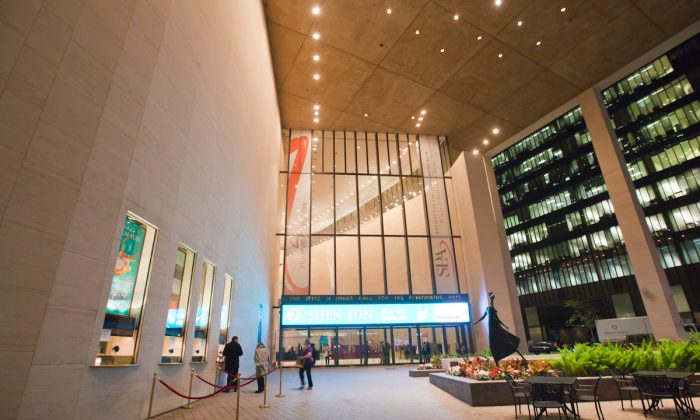 HOUSTON—Audience members cheered, clapped, and cried seeing Shen Yun Performing Arts in Houston, where the New York-based company played its seventh performance in the city to a full house of energetic theatergoers on Dec. 27.

But the word that summed up the performance for one pair in the audience, Alisa O’Leary and James Barrett, was not to do with the physicality or visual brilliance, but about the performers’ conviction.

Courageous is the word I would use.
— James Barrett

“Courageous is the word I would use,” said Mr. Barrett, an engineer at Johnson Space Center.

Ms. O’Leary, an investor, agreed because it not only showed her how China once was, but how the China today came to be, and not in the way she thought.

“It is really courageous, you know, because I know the Communist government in China is very oppressive. And it gave me a better understanding of what art, and dance, and views … are persecuted. And coming from the United States, that’s very hard to understand,” Ms. O’Leary said. “It made me very aware that I don’t support the communist government of China.

Audiences are often shocked that the classical Chinese dance and symphony orchestra they hear in a Shen Yun performance cannot be seen in China. They speak of awe-inspiring visual experience, the peacefulness and relaxation they feel, and wonder how such a thing would not be welcome.

It is because traditional Chinese culture is reverent towards the divine and was founded on principles that came from spiritual traditions. The communist regime’s doctrine teaches the opposite and has actively sought to uproot traditional culture through decades of its reign.

The values and beliefs Ms. O’Leary and Mr. Barrett saw were universal ones they thought were beneficial to mankind.

“I have a great respect for the values of compassion, tolerance, love, … inner spirituality and meditation,” Ms. O’Leary said. “If more people and governments practice what I’d call compassionate mindfulness, the whole world would be a much better place.”

“If everyone would focus on those aspects, those general principles, the whole world would be a lot better place,” Ms. O’Leary said. She said it was easy to get caught up in material things, but she thought “the whole world needs more patience, love, compassion.”