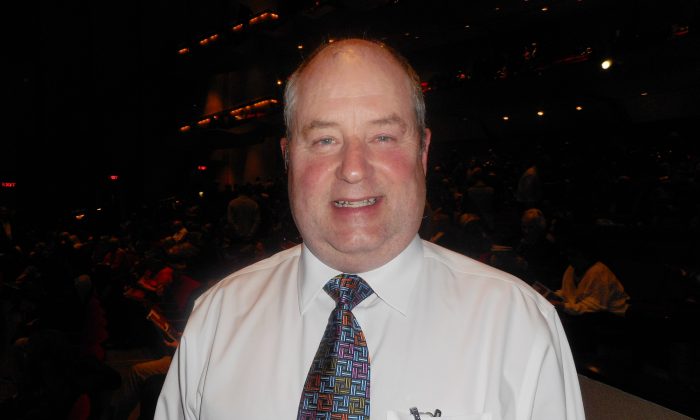 SACRAMENTO, Calif.—Frank Axe, a county supervisor in District 4 of Amador County, California, attended Shen Yun Performing Arts with his wife on Jan. 11 in Sacramento. They both like watching dance, and they were impressed by what they saw in Shen Yun.

Shen Yun is based in New York and is the world’s premier classical Chinese dance and music company. In each Shen Yun performance, dancers perform a series of short dance pieces in brilliantly colored costumes, creating intricate visual effects.

“It was very, very moving … exciting,” he said.

Accompanying the dancers is a unique live orchestra that uses both Western musical instruments and traditional Chinese instruments such as the two-stringed erhu.

“It’s great. I’m amazed they can do all that,” Axe said of the orchestra. “It’s very traditional-sounding.”

He also admired the state-of-the-art digital backdrop that provides changing scenery for the dances.

“I think it’s really good,” he said. “Very realistic. Sometimes I find myself watching the backdrop.”

One dance piece that particularly stood out to him was “Goodness in the Face of Evil,” which tells a contemporary story of people in China who are being persecuted for their beliefs.

“That was very moving,” he said. “In America, you’re allowed freedom of your religion, your beliefs, and that’s important. So we respect that.”

Axe said he applauded the effort to restore traditional Chinese culture. “And I hope that one day it can be shown in China proper,” he said.

With reporting by Gary Wang and Sally Appert.