Councilor Says He Felt Calmed and at Peace at Shen Yun 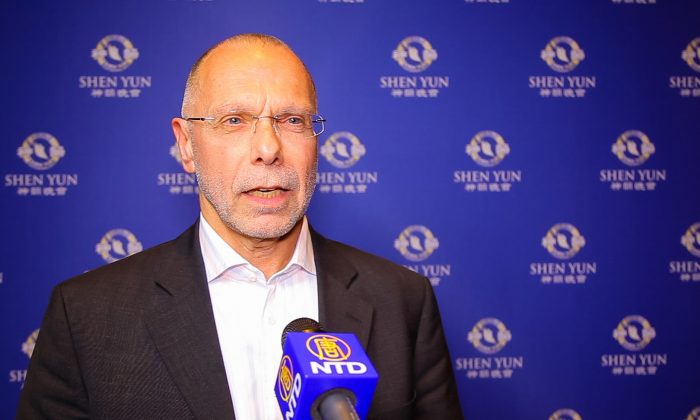 “I was very impressed with the Shen Yun performance.”

“I came to watch the Shen Yun after a stressful day. Then, this show calmed me down. My thoughts settled down. My heart widened and it was cleansed from inside out. I only concentrated on the colors and the performance.”

“I am amazed that this performance brought to us China’s culture, not only from just one region, but from different regions of that country. It is marvelous that the Chinese culture is not only given to Berlin, but also the entire world by these performers.”

“It feel the deepest respect for these performers. They have undertaken a tremendous task, and have overcome pains of mind and body to reach the achievements we have seen today.”

“The dances and the form of expression is brought to us by artists who not only have excelled in their performance, but have reached there by believing in the divine and having a spiritual background. They have gone far beyond the behavior of every day life.”

“The performers opened our hearts and calmed down our thoughts. I felt peace, calmed down and could let go of stress.”