Could Mushrooms Be the Key to Improving Immunity? 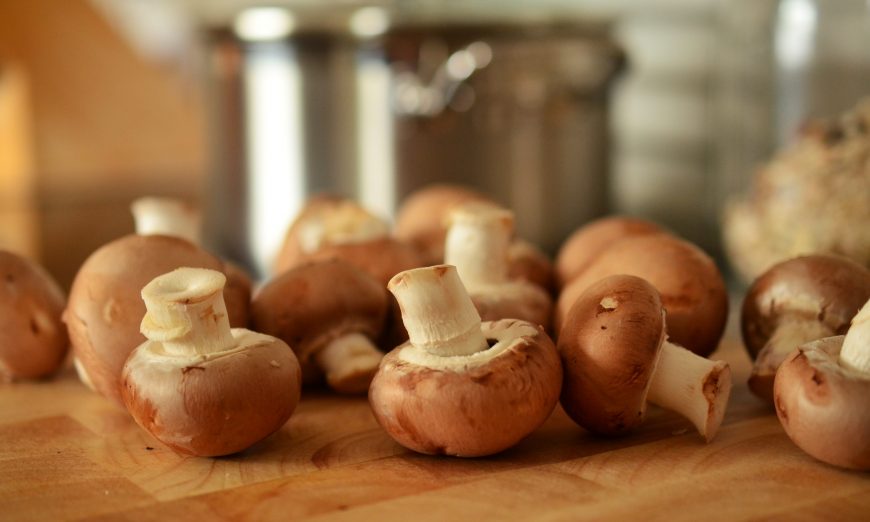 Mushrooms, long valued for their medicinal properties, are being explored as tools to boost immunity and fight viruses, including SARS-CoV-2. Dr. Gordon Saxe, director of research at the Centers for Integrative Health at UC San Diego School of Medicine, is the principal investigator of three studies evaluating whether mushrooms are therapeutic for treating COVID-19.

During the early days of the pandemic, Dr. Andrew Shubov, director of inpatient integrative medicine at the UCLA Center for East-West Medicine, said he was frustrated by the lack of effective treatments for COVID-19. “People were taking increasingly toxic drugs, and nothing was working,” he told JAMA.

Saxe, Shubov and colleagues believe mushrooms and Chinese herbs may be the answer, given their strong antiviral properties. One type of mushroom, agarikon, was also previously found to inhibit two types of influenza (H1N1 and H5N1) as well as herpes. These immune-enhancing effects is part of what triggered Saxe to choose mushrooms in their studies against COVID-19.

Mushrooms and Chinese Herbs for COVID-19, known as MACH-19, is a multicenter study led by University of California San Diego School of Medicine and UCLA. Their trials, which are still recruiting subjects, involve people who have tested positive for SARS-CoV-2 and are quarantined at home with mild to moderate symptoms.

Two of the three studies have been approved by the U.S. Food and Drug Administration as Phase 1 clinical safety trials for investigational compounds to treat COVID-19. Additional trial details follow:

1. Mushroom-Based Product for COVID-19 — Running from December 2020 to December 2022, this study is testing a blend of half agarikon and half turkey tail mushrooms in capsule form.

2. Chinese Herbal Formula for COVID-19 — Running from July 2021 to December 2022, this study is testing 21 Chinese herbs from Taiwan, known as Qing Fei Pai Du Tang, which is used as a remedy for COVID-19 in China.

3. RCT of Mushroom Based Natural Product to Enhance Immune Response to COVID-19 Vaccination — This trial is evaluating whether a capsule of medicinal mushrooms, given at the time of a COVID-19 injection, can increase antibodies.

According to Saxe, “Mushrooms may not only increase the number of these antibodies, but also enhance T-cell immunity against virally infected cells. Further, because mushrooms bind to receptors on human immune cells, they can modulate our immunity — boosting it in some ways and calming it down in others. And this property of mushrooms may also reduce vaccine-related side effects.”6

A fourth trial may also soon be launched to explore whether medicinal mushrooms could enhance immune response to COVID-19 booster shots. Safety data from the initial three trials are expected by the end of 2021, while efficacy data will take another year. Saxe said:

“We hope these treatments will reduce the need for hospitalization … Mushrooms have the advantage that they co-evolved with us. So bacteria, viruses and other fungi prey on mushrooms just like they prey on humans. And mushrooms have developed exquisite defenses against those pests, and we believe they can confer those to us when we eat them.”

An extract of the three was found to significantly reduce bacteria in the blood and increase survival in mice with pneumococcal sepsis. Their anti-inflammatory effects also led to improvements in symptoms and quality of life in patients with inflammatory bowel disease.

Due to their antimicrobial and anti-inflammatory properties, “such mushroom extracts could have prophylactic or therapeutic effect against the pneumonic superinfection and severe lung inflammation that often complicates COVID-19 infection,” the researchers explained.

Long chain polysaccharides, particularly alpha and beta glucan molecules, are primarily responsible for mushrooms’ beneficial effect on your immune system. In one study, adding one or two servings of dried shiitake mushrooms was found to have a beneficial, modulating effect on immune system function.

While there are at least 126 medicinal functions attributed to mushrooms, polysaccharides have received special attention and been the subject of a number of research studies.

According to the International Journal of Medicinal Mushrooms, “[T]he most important for modern medicine are polysaccharides with antitumor and immunostimulating properties. Several of the mushroom polysaccharide compounds have proceeded through Phase I, II and III clinical trials and are used extensively and successfully as drugs in Asia to treat various cancers and other diseases.”

As noted in the Journal of Traditional and Complementary medicine, more than 14,000 species of mushrooms have been identified (it’s believed that more than 140,000 exist), with more than 2,000 of them being edible and/or medicinal.

Some of these species hold promise for acting as antivirals against influenza viruses that can cause pandemics. Research from the State Research Center of Virology and Biotechnology Vector in Russia, for instance, identified chaga mushrooms (Inonotus obliquus) as having the “widest range of antiviral activity” against different subtypes of influenza virus.

Chaga contains polysaccharides that have antiviral and immunomodulatory effects, and in mice it was found to work as well as the drug Tamiflu against pandemic influenza virus.15 Beyond its antiviral effects, in vitro studies show that chaga mushrooms have antibacterial, immunostimulating and antitumor activity,16 and as noted in the Journal of Internal Medicine are also anti-inflammatory:17

“Chaga mushrooms (grows mainly on the bark of birch trees in Northern Europe, Siberia, Russia, Korea, Northern Canada, and Alaska) possess a powerful enzymatic system and a strong system of defense due to their parasitic mode of life. They have shown promising results in attenuation of inflammatory responses that have been associated with COVID-19.”

Other mushroom species have also been celebrated for their anti-COVID-19 potential, with reishi, also known as lingzhi, emerging as an exemplary player. As noted in the International Journal of Medicinal Mushrooms, functional foods and nutraceuticals made from medicinal mushrooms make sense in the fight against COVID-19:

“COVID-19 manifests a multitude of illnesses, some of which are symptomatic while others are asymptomatic. Among them, immunological deregulation (i.e., the cytokine storm) is the most notable manifestation of COVID-19. Thus, modulation of the compromised immune system has become the focal point in combating COVID-19.

Immunomodulation is the regulatory process that maintains a balanced immune system: it does not allow all immune cells to be active altogether. In this regard, food and nutraceutical-based approaches boosting immune defense and modulating compromised immunity seem apt as a defense against COVID-19.”

Mushrooms contain several immunomodulators, including lectins, proteins, polysaccharides and terpenoids, while there are more than 400 bioactive compounds in reishi mushrooms alone.

The effects are so strong that the researchers, from the People’s Republic of Bangladesh, believe mushroom-based therapeutic approaches could be used to achieve a “COVID-free world.” They explained:

“Although the exact mechanism of anti-viral effect is not yet known, overall enhanced immunity seems apt. This enhancement might occur either through direct immune stimulation or through TRIM [trained immunity]. Thus, usage of β-D-glucan as both a therapeutic and prophylactic agent seems apposite.”

Building strong immunity was described in the Journal of Pharmacy and Biological Sciences as a “major weapon to fight against COVID-19.” The researchers listed many commonsense approaches to build strong immunity, ranging from sound sleep and meditation to vitamins C and D, along with medicinal mushrooms:

As one of nature’s most powerful immune builders, mushrooms also make a useful functional food in times of both good and ill health.

In fact, the International Journal of Medicinal Mushrooms researchers advised “quick actions in preparing mushroom-based food items for COVID-19 sufferers” and requested that the World Health Organization “disseminate a mushroom-based therapeutic and preventive approach against SARS-CoV-2.” They pointed out that mushrooms are easily accessible and simple to distribute where needed:24

“As the preparation of mushroom powder is simple and does not require sophisticated handling and preservation processes, supplying mushroom powder to patients with COVID-19 and comorbidities around different parts of the globe would also be less cumbersome for aid agencies.”

Basidiomycetes mushrooms, which include reishi, almong, pom-pom and maitake mushrooms, are traditionally consumed in China and Japan for cancer prevention due to their ability to modify the immune response and provide nutritional support during chemotherapy.

These mushrooms also show promise as both prophylactic and therapeutic remedies for COVID-19 as well as to help curb related immune overreaction and inflammation, as noted in the Journal of Internal Medicine.