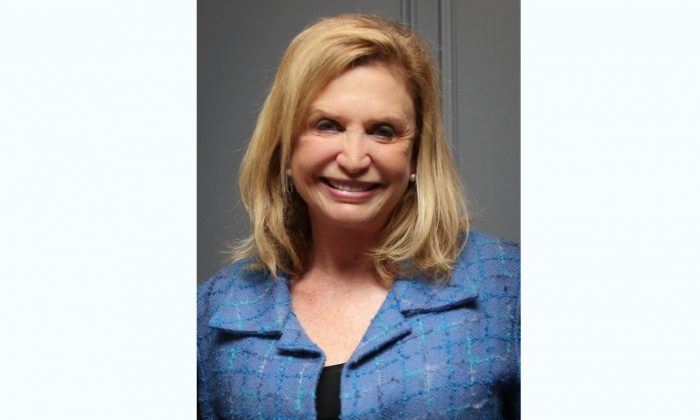 “It is filled with energy and color and perfection,” said Mrs. Maloney after watching the evening performance.

Mrs. Maloney, who was first elected to Congress in 1992 and currently represents New York’s 12th district, said, “It is unique and beautiful. It is inspirational, it is uplifting and energetic, and filled with color.”

Shen Yun was founded in New York with a mission to revive 5,000 years of divinely-inspired Chinese culture. Since its inception in 2006, the company has performed for millions around the world.

“The story inspires. I think it is wonderful, it is original,” said the Congresswoman.

With classical Chinese dance as its hallmark, Shen Yun takes the audience on a magical journey through China’s long, rich history. The performance features award-winning classical Chinese dancers, singers who perform all original pieces, and a full orchestra that is unmatched in the world in its ability to blend the Eastern and Western musical traditions.

“I never wanted to be an elected official, I wanted to be a ballerina. But these young people have such a great talent and musicians too. It is an extraordinary evening.”

Part of Shen Yun’s performances are mini-drama pieces that draw upon stories and legends that span China’s history. Pieces recount both ancient myths as well as stories from contemporary China. Each of the dance pieces embodies traditional Chinese values.

“It is inspirational. You can feel the feeling of the dancers and stories they are telling,” said Mrs. Maloney.

Shen Yun has become a global sensation, each year the company performs in roughly 100 cities across 20 countries.

“Everyone loves dance, expression, and paintings. It is a form of communication, a form of friendship. It will help spread culture and understanding,” said Mrs. Maloney.

“It is my first time, but it will not be my last time. I will be coming back next year,” she said.