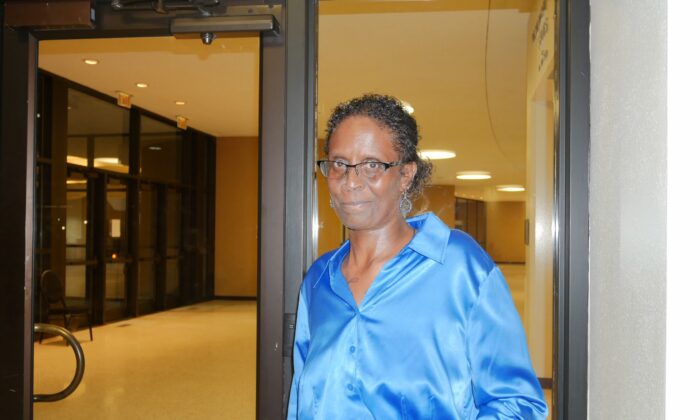 “I just felt like the harmonies were rich and deep and lyrical … the conductor was fabulous and the orchestration and instrumentation were quite fabulous.”

New York-based Shen Yun is the world’s premier classical Chinese dance company. Along with folk dances and solo performances, the production presents story-based dances that depict the history and traditional culture of China from ancient times to the modern-day. The company’s website says its performance this year demonstrates “China before communism.”

Ms. Garmon was impressed by the Chinese erhu soloist. With only two strings, this 4,000-year-old instrument is capable of conveying a broad range of emotions, even imitating sounds from chirping birds to neighing horses, Shen Yun’s website explains.

“I thought it was incredibly lyrical for two strings,” she said. “I always think stringed instruments tug at your heart … so it moved me.”

“I wasn’t expecting so much music involved in the dance. That was surprising to me. I just thought they did an exceptional job.”

One of Shen Yun’s unique features is its orchestra. It’s the first in the world to permanently combine classical Western and Chinese instruments within a Western symphony orchestra. Shen Yun also boasts virtuoso vocalists who sing Chinese lyrics using the bel canto style.

“I enjoyed the base performer—the vocal piece—it was quite lyrical … I thought his voice was rich and lyrical, deep [and] expressive,” she said.

“It inspired me to want to get back into writing music and performing,” she said.

She also wanted to express her gratitude and admiration for the “fantastic job” done by the artistic director of Shen Yun. “Your compositions, your performers, your screens, your sets [and] digital work were outstanding. And I am glad you’re going all across the world with your show!”