Company President: ‘The dancing is fantastic’ 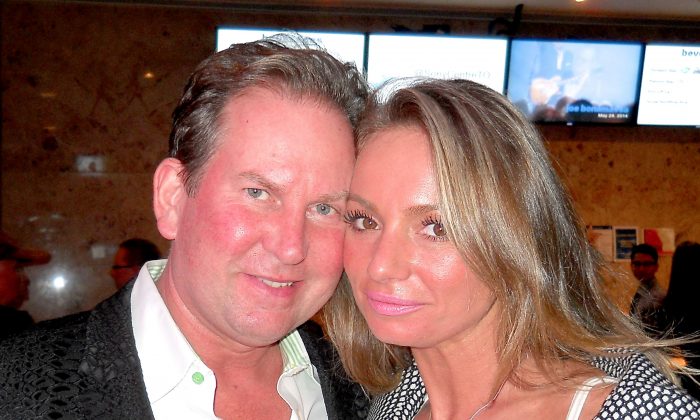 Steve and Tali Orrett took in Shen Yun’s performance on Friday, Jan. 24, 2014, at the Sony Centre for the Performing Arts. (Matthew Little/Epoch Times)

Mr. Orrett is president of Soapopular, which manufactures and distributes a line of hand sanitizers and dispensers frequently seen in offices, clinics, schools, and gyms.

“The show–the costumes and the dancing–is wonderful,” Mr. Orrett said.

“The dancing is fantastic. I like that the commentators come out,” he added.

Those commentators are Shen Yun’s two masters of ceremonies who introduce each of the 20 dance and musical pieces performed by Shen Yun.

Mr. Orrett said he did not know very much about Chinese history; however, as president of a company in the health sector, he noted that with 5,000 years of history the Middle Kingdom has a great many lessons to offer to he world, pointing to Chinese medicine as one example.

“The Mongolian guys at the end were fantastic. It’s entertaining. I’m surprised how fast an hour went by,” he said of the first half of the show.

That last dance in the first half was Mongolian Chopsticks, a traditional dance where the male dancers use chopsticks to create a crisp staccato beat.

“I loved it. Beautiful,” she said.

Mr. Orrett said his wife had wanted to come ever since she saw an ad six to eight month ago. Since then, she has also gotten into dance herself. A couple of days ago, he noticed that Shen Yun was playing this weekend so he bought tickets to surprise his wife.

“It’s awesome,” she said. “The music is beautiful. It’s soothing for your heart and emotions. It makes you cry. It’s really nice. I loved it.”

With reporting by NTD Television and Matthew Little