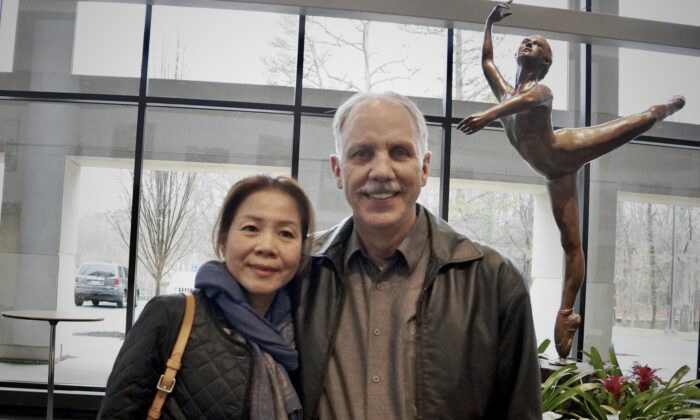 FAIRFAX, Va.—Russell Van Wingerden, the president of Atlantic Building Supply, thoroughly enjoyed Shen Yun’s matinee on Chinese New Year, Jan. 22. Sitting in the second row of George Mason University Center for the Arts, Mr. Van Wingerden exclaimed, “I felt like I was almost on the stage!”

He further added that though he can’t actually get on stage with the dancers, he did play the trumpet when he was young, so “being by the orchestra has really been fantastic.”

According to its website, Shen Yun’s touring orchestras are the first in the world to permanently combine classical Western and Eastern instruments. Combined with the dancers on stage, Shen Yun’s original compositions told stories from ancient times to the modern day.

I’m just so moved by the emotions of it. I’m almost to tears half the time.
— Russel Van Wingerden

During the performance, Mr. Van Wingerden felt Shen Yun’s energy fill him. “I’m not good with words,” he said, “[but] I’m just so moved by the emotions of it. I’m almost to tears half the time.”

He was also touched by “how the dancers showed so much feeling in their movements.”

Based in New York, Shen Yun Performing Arts was founded by leading Chinese artists seeking to revive China’s 5,000 years of divinely inspired culture that had been destroyed by decades of communist rule.

Every year, Shen Yun artists present a brand-new set of programs to share with everyone the beauty of China before communism. For the 2023 touring season, Shen Yun is slated to perform in over 180 cities across five continents around the world.

Mr. Van Wingerden said he doesn’t know too much about Asian culture but he loved Shen Yun’s depiction of Chinese history.

“The more I get to know, the more I’m really impressed.”