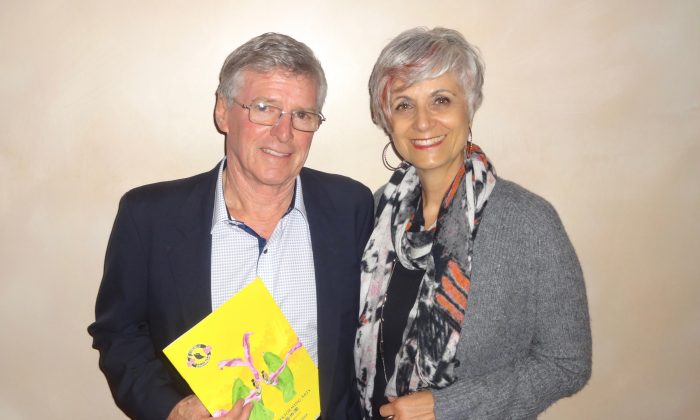 Phillip Cox and Ivina Imato were fascinated by opening night of Shen Yun at the State Theatre in Melbourne Feb. 20, 2016. (Bowen Xiao/Epoch Times)

MELBOURNE, Australia—Shen Yun Performing Arts full house evening performance on Feb. 20 enthralled audiences and took them on a journey though 5,000 years of Chinese civilization. Phillip Cox and Ivina Imato were among the fascinated theatregoers at the State Theatre in Melbourne.

Mr. Cox, company director for Metalart Industries, a steel and aluminium fabrication business, embraced the spiritual aspects of the performances. The two friends bought their tickets last minute from a recommendation and were very pleased.

“I think the dancing demonstrates the spiritual needs of us. It’s wonderful to see the dancers and the way they perform it and vitally express their spiritual feelings,” he said.

“The fact that the spiritual is shown while dancing is really touching people from within. There is something beautiful within a human being and to bring it out through the spiritual dancing and the performance,” she said. “That was absolutely fantastic.”

The two friends were both surprised upon learning that a performance like Shen Yun can’t be seen in China. Ever since the Cultural Revolution the Chinese Communist Party has tried to suppress traditional Chinese culture and the freedom of belief. Shen Yun’s mission is to revive this lost culture and bring it back to the world.

Ms. Imato applauded the efforts of Shen Yun to revive this lost history, adding that it gave her more insight to the way the dancers performed on stage.

“[Shen Yun’s] got a futuristic vision to bring the past back into the present and into the future. I think that’s brilliant,” she said. “It’s very beautiful for them to go around the world and expose all the culture and go to centuries back.”

For Mr. Cox, he expressed one wish for the people of China.

“Let’s hope that one day the people of China are able to embrace Shen Yun once again.”