Texas Businessman Applauds Shen Yun for Its Beauty and Message 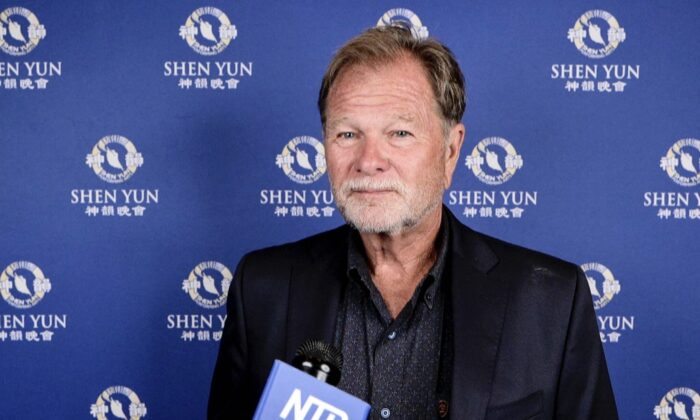 Gary Heavin at the Jones Hall for the Performing Arts in Houston, Texas, on June 3, 2022. (NTD)

HOUSTON, Texas—“I believe that entertainment can give you a warm feeling … but to leave with a message makes entertainment important,” Gary Heavin, a former company co-founder of fitness centers and now a movie producer, said after watching Shen Yun Performing Arts with his wife and niece at Jones Hall for the Performing Arts in Houston on June 3.

“We thoroughly enjoyed the beauty, but also the message that there is oppression in China and we, who care about people, need to care about the message of the show,” he said of the performance.

New York-based Shen Yun is the world’s premium, classical Chinese dance company. Since the company’s inception in 2006, its mission has been to revive the 5,000 years of traditional Chinese culture. Shen Yun features story-based dances that depict ancient legends and heroic tales, virtuoso soloists, and a one-of-a-kind live orchestra that blends traditional Chinese instruments into a classical Western orchestra.

The company’s website says its performance this year demonstrates “China before communism.”

Mr. Heavin said that the universal values and principles of Shen Yun resonated with his faith.

“I see [that] the Chinese ancient culture is understanding a return to heaven. The Creator would come back at the end of times,” he said, “And in values … we would revere each other, we’d value life, we’d value our individuality—these are the messages that emanate from this wonderful program.”

In addition to myths and legends, Shen Yun also presents mini-dramas that depict the current persecution of a Chinese spiritual practice known as Falun Dafa (Falun Gong). Rooted in Buddhism and Daoism, this spiritual practice promotes living life adhering to the principles of truthfulness, compassion, and forbearance. Since 1999, adherents have been persecuted by the Chinese Communist Party (CCP) and countless have been subjected to unprecedentedly cruel imprisonment, torture, and abuse, including crimes of forced organ harvesting.

“The Falun Gong message was impactful,” Mr. Heavin said. “There’s a word in English, it was gritty … it kind of grinds you to a truth.”

“To have that message in the midst of all the beauty and the splendor was important because we’re not all about the beauty and the dancing and the music, but there’s life out there that is being oppressed and we need to care,” he added.