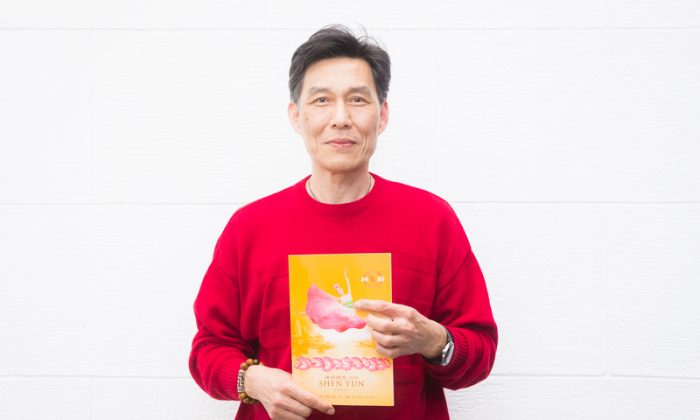 “I saw the performance before in Toronto. So it just happened that [Shen Yun] is in town when I am in Taiwan. So I decided to come to see it again.”

“I was blown away by the fact that how [classical Chinese] dance is used to tell the Chinese history. This [art] form is a great tradition that should be preserved. But in the current era of technology, it has slowly been forgotten.”

“Through the story behind the dance, virtues such as truthfulness, compassion, and forbearance are showcased. I believe these are part of the mainstream of traditional Chinese culture, which includes benevolence, righteousness, and other moral values.”

“I am a Buddhist myself. So for one of the programs, about a general who gave up being who he was and became good, I believe this [concept] is very important for us all.”

“If people bring their children to see Shen Yun, they will walk away with a beautiful memory, while having a very positive educational experience.”

“I think people in power all want to have a stable society with people enjoying a safe and well-off life. But I believe these people are probably finding it hard to achieve this. So, a performance like this, without any language [barrier], but it is rather relaxing and beautiful, can touch people deep into their heart—and people can change [for the better].”