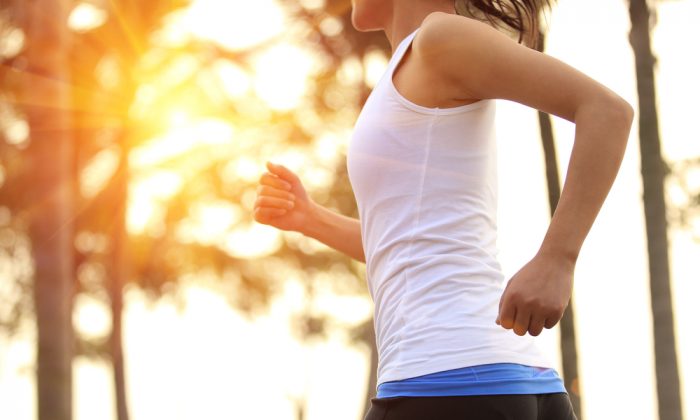 A study has shown that dietary supplementation with coconut oil may result in a reduction in waist circumference and other benefits.

A randomized, double-blind clinical trial of 40 women divided them into two groups — one that received daily dietary supplements of soybean oil (group S) and another than received a similar amount of coconut oil (group C). Both groups were instructed to follow a balanced hypocaloric diet and to walk for 50 minutes each day.

According to the study:

“[After one week,] only group C exhibited a reduction in [waist circumference]… Group S presented an increase… in total cholesterol, LDL and LDL:HDL ratio, whilst HDL diminished … Such alterations were not observed in group C. It appears that dietetic supplementation with coconut oil does not cause dyslipidemia and seems to promote a reduction in abdominal obesity.”

This is a great example of how many common theories on nutrition can be seriously mistaken. Saturated fat has been wrongfully vilified as the cause of high cholesterol and heart disease for the last 60 years, when in fact the converse was true all along.

The result of people following the misguided advice to replace saturated fats (like coconut oil) with polyunsaturated vegetable oils (such as soybean oil) is reflected in the statistics for heart disease today. Prior to 1920, coronary artery disease was actually a rarity. In the 1950s, rates began to rise in step with the increased consumption of hydrogenated vegetable oils (trans fat), which replaced saturated fats like butter and lard that had been the norm in previous decades…

Why Coconut Oil Is ‘Special’ Among Saturated Fats

Now on to coconut oil; a rare gem among saturated fats, with numerous health benefits.  First, did you know that multiple studies on Pacific Island populations who get 30-60 percent of their total caloric intact from fully saturated coconut oil have all shown nearly non-existent rates of cardiovascular disease?

Coconut oil can be helpful for pregnant women, nursing moms, the elderly, those concerned about digestive health, athletes (even weekend warriors), and those of you who just want to enhance your overall health. One of the explanations for its broad health applications is because it’s rich in lauric acid, which converts in your body to monolaurin – a compound also found in breast milk that strengthens a baby’s immunity.

Its medium chain fatty acids or triglycerides (MCTs), also impart a number of health benefits, including raising your body’s metabolism and fighting off pathogens such as viruses, bacteria and fungi. Capric acid, another coconut fatty acid present in smaller amounts, is another antimicrobial component.

Coconut oil is also excellent for your thyroid. Additionally, a very exciting and recent discovery is that coconut oil may even serve as a natural treatment for Alzheimer’s disease, as MCTs are also a primary source of ketone bodies, which act as an alternate source of brain fuel that can help prevent the brain atrophy associated with dementia.

Going back to the results in the featured study for a moment, previous studies have also found that the medium chain fatty acids (MCTs) found in coconut oil promote weight loss, and are helpful for shedding adipose fat in particular. One such study showed that rats fed long chain fatty acids (LCTs, found in vegetable oils) stored body fat, while rats fed MCTs (found in coconut oil) reduced body fat and improved insulin sensitivity and glucose tolerance. Specifically, MCT’s were found to down-regulate the expression of adipogenic genes.

Another 2003 study found that MCT’s increased energy expenditure and decreased adiposity in overweight men—a similar finding as in the study above. Here, 24 overweight men consumed diets rich in either MCT or LCT for 28 days, and those consuming MCTs lost more weight and had more energy than those consuming LCTs (in this case olive oil, as opposed to soy bean oil).

How to Lose Weight Fast and Safe: 6 Simplified Steps

Most of the conventional advice relating to coconut oil and cholesterol are false and misleading. Coconut oil has been repeatedly shown to be beneficial rather than detrimental on cholesterol levels and heart health. As explained in a previous article written by Ray Pete, it’s been clearly established for over 80 years now that suppression of the thyroid raises serum cholesterol (and increases mortality from infections, cancer, and heart disease), while restoring the thyroid hormone brings cholesterol down to normal.

As mentioned earlier, coconut oil does both; it balances your thyroid and normalizes your cholesterol levels.

“As far as the evidence goes… coconut oil, added regularly to a balanced diet, lowers cholesterol to normal by promoting its conversion into pregnenolone,” he writes. “Coconut-eating cultures in the tropics have consistently lower cholesterol than people in the U.S.”

Mary Enig with the Weston A Price Foundation has also written at length about the beneficial effects of coconut oil on heart health and cholesterol levels.

Are You Ready to Make the Switch?

Generally speaking, foods that are likely to contain health-harming trans fats include deep-fried foods, processed baked goods, snack foods, and processed foods, including fast foods. Aside from soybean oil, other varieties to avoid include corn and canola oil, so make sure to read the labels when shopping. If you want to avoid dangerous fats of all kinds, your best bet is to eliminate processed foods from your diet. From there, use these tips to make sure you’re eating the right fats for your health:

Following my comprehensive nutrition plan will also automatically reduce your trans-fat intake, as it will give you a guide to focus on healthy whole foods instead of processed junk food.