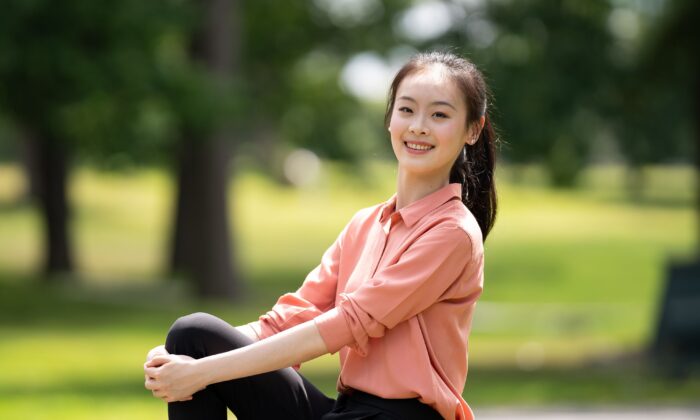 Growing up, Sunni Zhou often watched dance performances with her parents, who took her to see ballet, hip hop, and other dance styles.

But when she attended a production by Shen Yun Performing Arts, the world’s premier classical Chinese dance company, she was immediately entranced.

Based in New York, the company’s mission is to revive the 5,000 years of Chinese civilization through dance and music. Classical Chinese dance in particular has a rich history, going back to the imperial courts and ancient plays of China.

“I felt that their dance was really different [from other types of dance]. I was moved by them, and wanted to better understand what classical Chinese dance was,” Zhou said in a recent interview.

When she was 8 years old, her parents arranged amateur dance classes for her. By 15, she was accepted at Fei Tian Academy of the Arts in upstate New York to train with top artists in the field. After about two years, Zhou began performing with Shen Yun.

This weekend, she will put her skills to the test at the 9th NTD International Classical Chinese Dance Competition, where she will be performing a piece that she says will convey the innocence and femininity of a young maiden. She will portray a maiden sneaking out to play in a flower garden during the height of spring.

You have to embody the character you’re portraying.
— Sunni Zhou

“At first, I thought that as long as the technique is done well, that’s good. But it’s not enough,” she said. “You have to embody the character you’re portraying. You have to imagine that you’re her.”

She explained that the beauty of classical Chinese dance lies in the process of expressing those feelings through the transitions between movements. But honing that skill requires patience and elevating oneself spiritually.

Zhou explained that before learning classical Chinese dance, she considered herself a selfish person, and she would boss around her younger brother. But after taking up her craft, she realized that dance is not about putting yourself first, but cooperating with fellow dancers to portray something beautiful on stage.

“At the end of the day, it makes you become a more selfless person and you realize a lot of the things you do is for other people. It’s not what you do for yourself… once you carry that kind of heart and that kind of morality, everything you do seems to have purpose,” she said, adding that by improving her character, she is able to elevate in her skills.

For Zhou, the most rewarding part of dancing is being able to move audiences, just as the Shen Yun performance moved her as a child.

“After the whole show is done, you told the audience everything you want to say, you showed them what you want to show, all the beauty behind the dance, and then you see their smiling faces. And sometimes there are tears, and you really feel like what you did was very meaningful and very powerful,” she said.