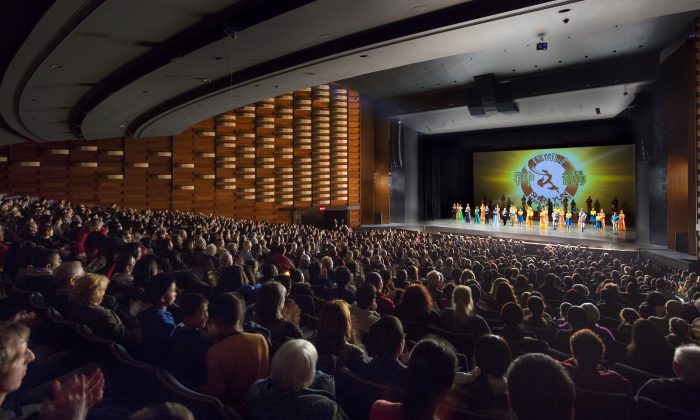 TORONTO—Ad man Jeffrey Gottheil didn’t know what to expect when he arrived at Sony Centre to take in Shen Yun Performing Arts on Saturday evening, but by intermission he was sold on the classical Chinese dance and music performance.

Mr. Gottheil, the president and creative director at J. Gottheil Marketing Communications Inc., is a specialist in marketing communications with over 30 years experience designing advertising and marketing programs for national retailers, manufacturers, and government agencies.

Ms. Chang was pleasantly surprised by the folk dances featured in the performance—particularly a dance called Mongolian Chopsticks.

“It’s unexpected—I thought I would see what I’ve seen in the past, but I’ve never seen the chopsticks dance before,” she said.

According to the program book, in the dance Mongolian male dancers use chopsticks to create a crisp and exciting staccato beat as they dance with fast, furious footwork—a testament to their free-spirited vitality.

He described the first half of the Shen Yun performance as “fun and exciting,” and said he couldn’t wait to see the rest of the show.

“I’m looking forward to the next half,” he said.