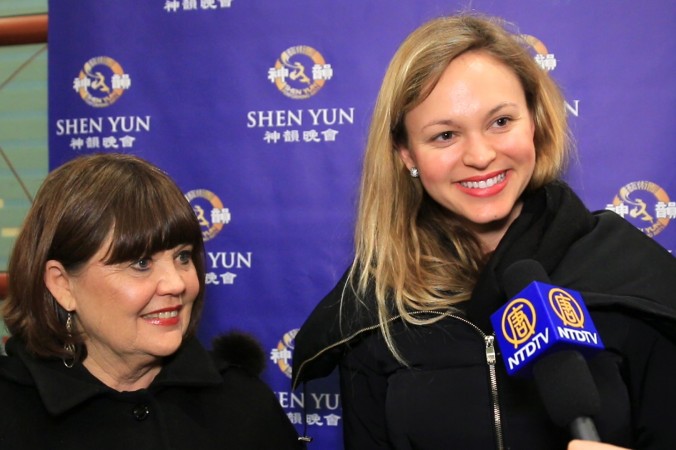 Returning to Aronoff Center for the Arts
BY Epoch Times Staff TIMEFebruary 25, 2015 PRINT

“I loved it,” said Robert Cherry after seeing Shen Yun Performing Arts last year. “I’ve never seen anything like it before,” the chief creative officer of a strategic branding company said.

Shen Yun’s traditional Chinese music and dance program, which many say is a once in a lifetime experience, is returning to Cincinnati’s for a short three-performance run, Feb. 27-28, at the Aronoff Center for the Arts.

Julie Wentzel, the president of a local Cincinnati company who came with her family also last year described the performance as “a good combination of different arts that tell a story, as well as help you learn about Chinese culture and history.”

“It was all very beautiful,” Mr. Cherry said, who enjoyed “the great physical story-telling, and the just wonderful, vibrant colors, and great energy.”

Classical Chinese dance, one of the most comprehensive and expressive dance systems in the world, is used to depict China, from ancient times to the present, according to the company’s website.

Present in the stories are the deeply embedded values which have informed Chinese culture through millennia—values believed to be divinely inspired.

Also in Cincinnati’s audience last year was Thomas Copanas. He was struck with the spiritual depth presented by New York-based Shen Yun, “particularly in the one song being sung. Very deep, very meaningful, and I had never had that exposure to the Chinese culture,” he said.

“Imagine a performance so profound, so inspiring, it touches your soul. Let Shen Yun take you on a journey through ancient dynasties and heavenly realms, where legends and classic heroes spring to life,” the website states.

After watching Shen Yun, audiences are invariably left with the sense of beauty and grace that permeates the show.

And so, Shen Yun returns to Cincinnati for those wanting to see the depth and beauty again, or for those who have yet to see it.