Chinese Scholar: The Compassion of Shen Yun Performers Shines Through 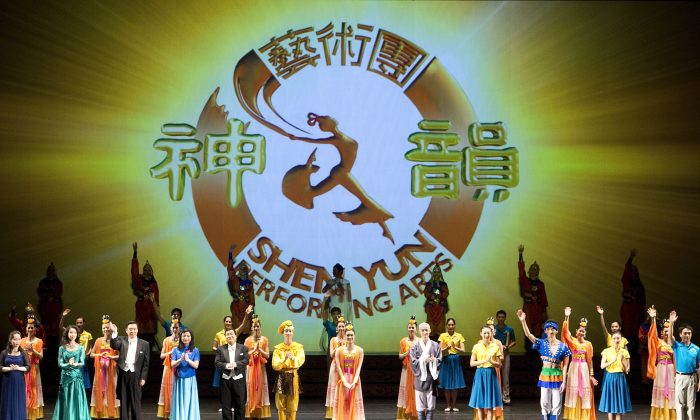 The cast of Shen Yun Performing Arts says goodbye to the audience of its Friday night show at the National Arts Centre, Jan. 3, 2014. (Evan Ning/Epoch Times)

OTTAWA, Canada—Ottawa-based Chinese human rights activist and scholar Hou Wenzhuo said she was both proud and moved by the Shen Yun Performing Arts show she attended at the National Arts Centre on Jan. 4.

“As Chinese people, we should be proud that our culture is full of such magnificence and that it is being spread all around the world,” Hou said.

“The dance performances really moved me. I believe that it is very difficult for performers to reach such a realm without having pure souls. I was very touched.”

Since 2006, New York-based Shen Yun has been touring internationally showcasing the true culture that was almost destroyed with the advent of communism to China. Through dance, song, and live orchestral music, the show brings to life legends and heroes from China’s long and rich history.

“Shen Yun’s artistry is seamless,” said Hou. “In Shen Yun’s performance, all the transitions, details, and movements come together perfectly. You can really see the compassion of the performers shine through.”

“I think that Shen Yun can take on the task of promoting Chinese culture around the world,” she added.

“Shen Yun isn’t just a beautiful performance—it is a chance for people around the world to experience the essence of Chinese civilization. Shen Yun is a flawless presentation of the inner beauty of Chinese culture.”

“I think that as Chinese people, we should all seek the goodness and beauty of Chinese culture,” said Hou.