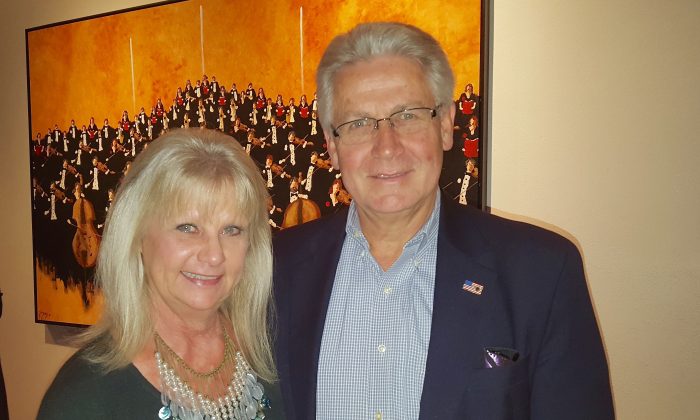 HOUSTON—Five thousand years of divinely inspired culture once near the brink of extinction was resplendent on stage in Houston at the Jones Hall for the Performing Arts. On Dec. 22, Shen Yun Performing Arts kicked off its 10th season of touring the globe, performing the first of 12 shows in Houston.


If you keep your history, it just does so much for your future.
— Jeannie Bollinger

In short, the experience was exhilarating for Ms. Bollinger; the athletic dancers and vivid costumes filled her with energy.

Erik Hedegaard, a real estate executive who attended the performance with Ms. Bollinger, had once studied history and enjoyed the diversity and authenticity of the China he saw presented on stage.

“This brings out so many different cultures to people; it’s so informative,” Mr. Hedegaard said. What Mr. Hedegaard really enjoyed, he said, was all the information about China being blended into the beautiful performance and explained to the audience. “It’s providing that, and it’s really important,” he said.

The performance showcases some of the oldest traditions—classical Chinese dance, ethnic and folk dances of ethnic minorities from the Himalayas to Mongolia, and the nearly lost art of bel canto singing. New York-based Shen Yun was formed to revive these traditions, yet is known by many as the performance that cannot be seen in China.

Under nearly 60 years of communist rule, the regime has all but destroyed authentic Chinese culture. China was once known as the Celestial Empire, and Chinese culture was deeply spiritual; people believed Heaven, Earth, and humankind were intertwined. The Chinese Communist Party’s doctrine teaches the opposite however, and is strictly atheist.

“I can’t wait to read more,” Ms. Bollinger said, of Chinese culture and Shen Yun, pointing to the stories in the program book. Being so far away, it is easy to forget or not know the extent that traditional culture has been suppressed in China, she said. “It’s just opening our eyes to what is going on.”