In Shen Yun, Chinese Culture a ‘Practice of Life’ 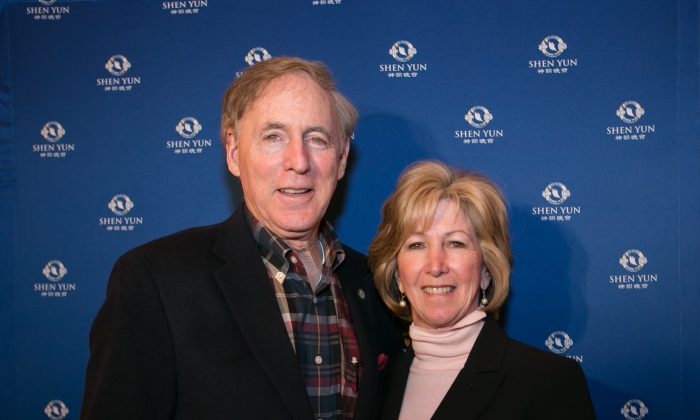 WASHINGTON, D.C.—Former Representative for Florida, Cliff Stearns, said it was a lesson in Chinese history to see Shen Yun Performing Arts at the Kennedy Center for the Performing Arts in Washington, D.C., on April 25.

“It’s also very magical because they have tied in the dance with the opportunity to … bring in the video animation coming down where the people are actually performing,” he said, referring to the performance’s 30-foot-high, interactive backdrop.

Shen Yun is a Chinese dance and music company that is based in New York. Its mission is to “revive the true, divinely inspired culture of China and share it with the world,” according to the company’s website.

During and after China’s Cultural Revolution from 1966-1967, much of the values and cultural heritage in China were attacked and destroyed.

Miesha Brunson, who studied classical singing at the University of Maryland, said she could hear the longing to reclaim that heritage in the voice of soprano Yuan Ling.

“They are talking about how, pretty much everything they have known as their life is completely tarnished and completely gone,” she said.

Shen Yun’s website says “Principles such as benevolence and justice, propriety and wisdom, respect for the heavens, and divine retribution,” are some of the values that come from these faiths, and are themes throughout the performance.

“I think there is some dualism when they talked about heaven and earth and the divine and trying to show compassion to our fellow human beings and to, in the end, show mercy,” Mr. Stearns said. “Those types of characteristics and traits … [are] also part of our culture too and perhaps all of mankind.”

For Georgia Thomas, a grad student studying public health, the Monkey King and the Skeleton Demon dance was a lesson in truthfulness.

The dance tells a story from the Chinese classic Journey to the West about the monk who brought Buddhism to China. One of the characters called the Monkey King sees a demon disguised as a person and tries to alert the others, but to no avail.

Ms. Thomas compared it to the Western fable The Boy who Cried Wolf.

“That is why you need to tell the truth, because when the wolf really comes, you never know,” she said.

Stephanie Brophy, an attorney in Maryland, said these values and the cultural wisdom from China is what she thinks will draw more Westerners to Chinese culture in the future.

“There’s an emptiness in Facebook, or Twitter, or Tinder or whatever the new thing is,” she said.

“There’s something deeper going on out there,” she said, referring to the performance. “Chinese culture is an example of something that we’ve found the practice of life … [It] is older and has more experience,” she said.