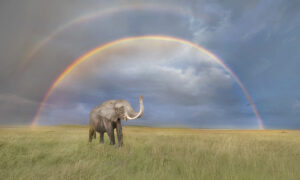 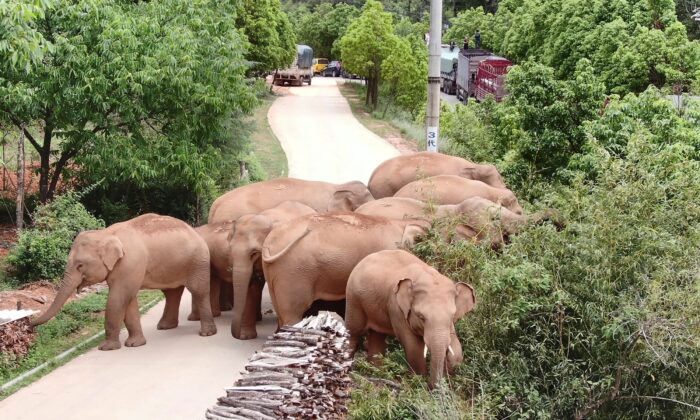 A roaming herd of 15 wild elephants is on the move again after resting for a day in a patch of forest on the outskirts of the city of Kunming in southwest China, resuming a year-long, 500-kilometer trek.

Drone photographs taken on Monday by the provincial forest fire brigade showed members of the herd sleeping in a clearing in the middle of a forest in the district of Jinning, which has been hit by heavy rain and thunderstorms.

The herd began its journey northwards more than a year ago, traveling from a designated elephant protection zone in Xishuangbanna, near China’s border with Burma (also known as Myanmar).

What exactly motivated them to make the epic journey remains a mystery, although they appear to be especially attracted to corn, tropical fruit, and other crops that are tasty, plentiful, and easy to obtain in the tropical region that is home to about 300 of the animals. Others have speculated their leader may be simply lost.